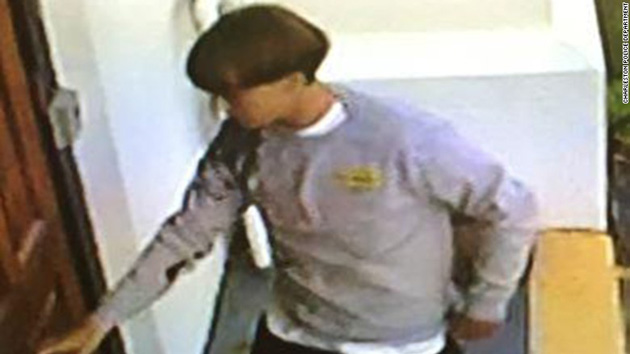 A photo of the suspect in the Emanuel A.M.E Church shooting.Charleston Police Department

UPDATE: 6/18/15 11:34 a.m. ET: The suspected gunman, identified as Dylann Storm Roof, was arrested about 200 miles away from the site of the attack, in Shelby, North Carolina, according to the FBI and multiple news sources. Here are more details about him, including what his previous lawyer for a drug charge told Mother Jones.

UPDATE 6/18/15 8:20 a.m. ET: According to Charleston police, six women and three men were killed in the attack. The identities of the victims have not been released, but reportedly among the dead is the church’s pastor, the Rev. Clementa Pinckney, who was also a Democratic state senator. A manhunt by federal and local law enforcement is currently under way for the shooter. A photo of the suspect was released earlier this morning by the Charleston police. According to Charleston police chief Greg Mullen, the suspect attended a prayer meeting at the church and stayed for nearly an hour before opening fire. Jeb Bush was scheduled to make a campaign appearance in Charleston on Thursday but canceled the visit following news of the shooting. “Governor Bush’s thoughts and prayers are with the individuals and families affected by this tragedy,” his campaign said in a statement. South Carolina Gov. Nikki Haley released a statement on the shooting this morning, saying, “While we do not yet know all of the details, we do know that we’ll never understand what motivates anyone to enter one of our places of worship and take the life of another.” 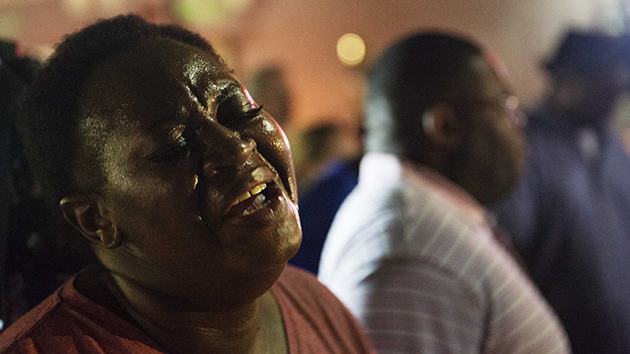 A woman prays outside Emanuel AME Church shortly after the attack. David Goldman/AP

A devastating attack took place on Wednesday night at a historic black church in Charleston. From the New York Times:

A white gunman opened fire Wednesday evening at a historic black church in downtown Charleston, S.C., before fleeing, the police said, and nine people were killed. The Charleston Police Department said the shooting occurred at the Emanuel A.M.E. Church about 9 p.m.

Officials did not release information about possible victims. The police described the gunman as a clean-shaven white man about 21 years-old who was wearing a gray sweatshirt, bluejeans and Timberland boots.

According to the Post and Courier, Charleston police chief Gregory Mullen said at a press conference late Wednesday night, “I do believe it’s a hate crime.”

Most mass shooters in the United States have been white males, as our investigation of three decades worth of data shows. In most cases, the killers obtained their guns legally.

At least one other mass shooting was carried out in recent years at a house of worship, in August 2012 at a Sikh temple in Wisconsin. And in April 2014 in Kansas City, a white supremacist opened fire in a Jewish retirement community, killing three.

As of early Thursday morning, the suspect in Charleston remained at large, and none of the victims had yet been publicly identified.

Suspect is still at large in #CharlestonShooting and is considered armed and dangerous. More: http://t.co/uPj4AOavhn #chsnews

For more on mass shootings, and on the steep costs of gun violence in America, read our special investigations.