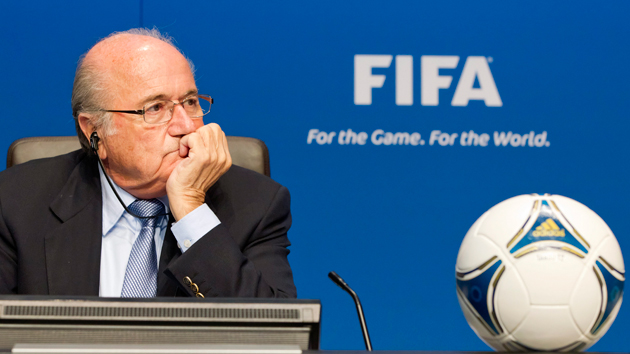 We’re still seven years away from the 2022 World Cup in Qatar, but it seems like the event has been buried under bad news for a decade: everything from allegations of bribery and corruption to terrible human rights violations. And it doesn’t look like it’s getting better anytime soon.

The latest in a string of embarrassments? Qatar’s reported refusal to grant bereavement leave to the roughly 400,000 migrant workers from Nepal building stadiums for the World Cup following the devastating 7.8-magnitude earthquake that killed more than 8,000 countrymen. As a result, many Nepali workers instead must mourn from construction sites in Qatar.

“Those on World Cup construction sites are not being allowed to leave because of the pressure to complete projects on time,” Nepal’s labor minister told the Guardian.

On Saturday, the Guardian reported that the Nepali government called on FIFA and its sponsors to compel Qatar to grant a short-term leave for Nepali migrant workers and improve conditions for the 1.5 million workers from throughout South Asia. But the Persian Gulf state rebuffed that request, Nepali labor minister Tek Bahadur Gurung told the Guardian: “Those on World Cup construction sites are not being allowed to leave because of the pressure to complete projects on time.”

Qatari officials challenged that claim, noting that the nation had granted temporary leave to more than 500 Nepali workers. That’s roughly 0.1 percent of the Nepali migrant workers on the stadium construction project.

The latest Guardian report adds to the mounting criticism from human rights organizations, corporate sponsors, and foreign officials on Qatar’s World Cup preparations. A 2013 Guardian investigation estimated that at least 4,000 migrant workers, who face dire working and living conditions and meager pay, will die before kickoff in 2022. Squalid conditions already have led to more than 1,200 worker deaths since Qatar won its 2010 bid to host the World Cup, including at least 157 Nepali workers in 2014. (Nepali workers have died at a rate of one every two days.)

Despite calls to move the event to another host country, FIFA President Sepp Blatter has guaranteed that the 2022 World Cup will take place as scheduled. In fact, Qatari labor minister Abudullah bin Saleh al-Khulaifi said in May the nation would need more workers to complete the $220 billion stadium and infrastructure construction projects by 2022.

Meanwhile, the 2018 World Cup in Russia isn’t exactly shaping up to be a model event, either: On Monday, Russian officials announced plans to transport prisoners from camps to work at factories in an effort to drive down the World Cup’s cost.