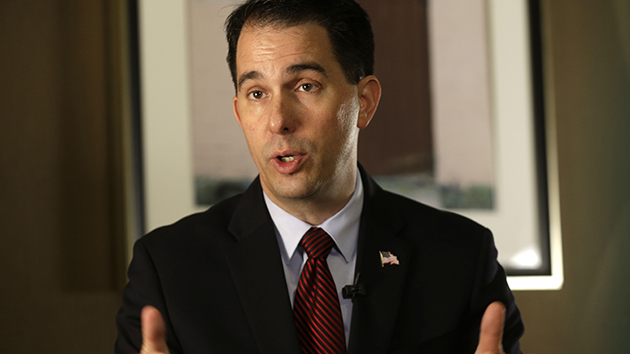 After months of keeping a low profile for a man very likely running for president, Wisconsin Gov. Scott Walker is back in the headlines today with quite the outrageous quote. Walker, who was speaking in defense of a controversial abortion bill he signed into law that forces women seeking abortions to undergo an ultrasound, said in an interview on Friday the mandatory exams are “just a cool thing” for women.

I’ll give you an example. I’m pro-life, I’ve passed pro-life legislation. We defunded Planned Parenthood, we signed a law that requires an ultrasound. Which, the thing about that, the media tried to make that sound like that was a crazy idea. Most people I talk to, whether they’re pro-life or not, I find people all the time who’ll get out their iPhone and show me a picture of their grandkids’ ultrasound and how excited they are, so that’s a lovely thing. I think about my sons are 19 and 20, you know we still have their first ultrasound picture. It’s just a cool thing out there.

It certainly is a part of who we are and we shouldn’t be afraid to talk about it, and we shouldn’t be afraid to push back. When you think about Hillary Clinton, and you think about some others on the left, you say, I think it’s reasonable, whether you’re pro-life or not to say that taxpayers dollars shouldn’t be spent to support abortion or abortion-related activities. Most Americans believe in that. There are many candidates on the left who don’t share that belief.

Seriously, ladies. Why keep fighting for autonomous control over your bodies, when clearly mandatory ultrasounds are just so darn neat? Put down the pitchfork and embrace the red wave!

Listen to the Walker’s interview, recorded by Right Wing Watch, below: