Today would be the 151st birthday of Elizabeth Cochran—the groundbreaking journalist better known as Nellie Bly. In 1885, Bly wrote a furious letter to a Pittsburgh newspaper denouncing a column titled “What Girls Are Good For” that described the working woman as a “monstrosity” and said that women were best suited for domestic chores.

Impressed by Bly’s letter, Pittsburgh Dispatch editor George Madden hired her as a full-time reporter under the pen name Nellie Bly. She was a trailblazing journalist, an unwavering champion for women and the working poor, and a brilliant muckracker. One of her most famous assignments was for the the New York World where she posed as a mentally ill woman and exposed the horrors of a women’s asylum on Blackwell’s Island.

Bly also achieved worldwide fame with her 1889 trip around the world, which was inspired by Jules Verne’s novel “Around the World in Eighty Days.” She completed her journey in seventy-two days. Below is the front page of the New York World from January 26, 1890 and the lead article was about her record-setting trip: 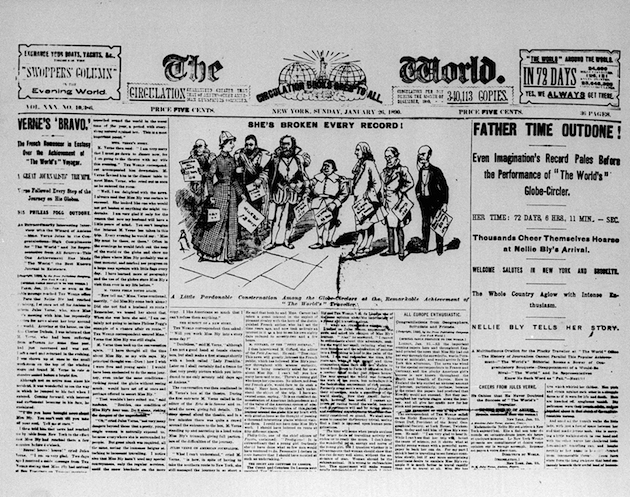 To celebrate Bly’s birthday today, Karen O of the Yeah Yeah Yeah’s has written a song in her honor, which is featured in a lovely Google Doodle created by artist Katy Wu. 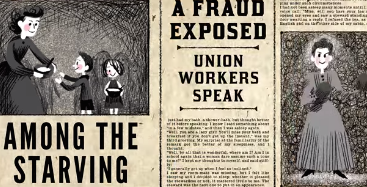 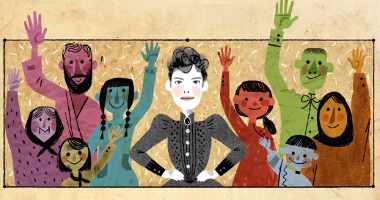 “We gotta speak up for the ones who’ve been told to shut up,” the lyrics go. “Oh Nellie, take us all around the world and break those rules cause you’re our girl.”

To check out the song and animation, skip to Google’s homepage here.