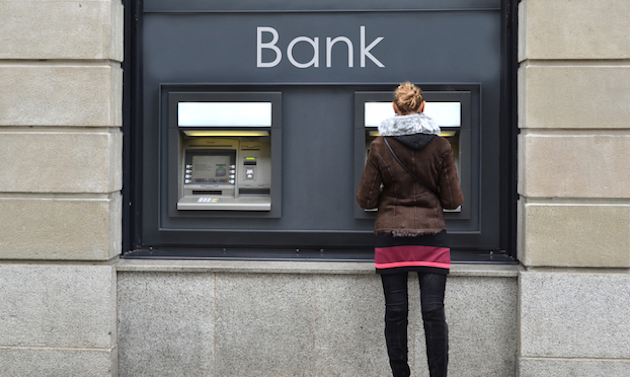 Starting in July, a new law in Kansas will restrict the amount of cash a welfare recipient can take out of ATM’s to just $25 a day—a move that critics say introduces a whole new host of financial burdens—including high ATM fees and travel costs—when they access cash.

Since most banking machines are stocked only with $20 bills, the $25 limit is effectively a $20 limit. A family seeking to withdraw even $200 in cash would have to visit an ATM 10 times a month, a real burden for a parent who might not have a car and might not live in a neighborhood where ATMs are easy to find.

The law, backed by a GOP-dominated Kansas legislature and Republican Gov. Sam Brownback, will benefit the pockets of large banks while taking money from poor families who rely on food stamps.

In Kansas’s system, every withdrawal incurs a $1 fee, and if the beneficiary doesn’t have a bank account, they will have to pay the ATM fee, too. Those fees might be worth it for some families, though, because the card issued by the state of Kansas isn’t like a debit card from an ordinary bank. Ordinary debit cards allow their holders to make purchases for free in stores. In Kansas, beneficiaries get two free purchases a month. After that, they pay 40 cents every time they use the card to buy something.

The ostensible rationale for this redistribution of wealth is to minimize waste and prevent low income residents from spending their money on non-essentials like alcohol and the much-feared lobster feast. This is the demonizing-the-poor trope that Republican lawmakers frequently deploy to justify punitive control over how low income people spend their money. In addition to the limit on withdrawals, the state’s new law carries restrictions to ludicrous levels by prohibiting spending on items such as swimming pools and fortune telling sessions.

As Mother Jones has written in the past, such concerns are wildly misplaced and seriously hurt the poor. President Obama recently addressed this conservative characterization, calling out Fox News for portraying the poor as lazy “leeches” eager to waste government funds.

Fortunately, Kansas’ controversial new provision may actually turn out to be illegal, violating federal law that mandates welfare recipients “have adequate access to their cash assistance” without enduring high fees.