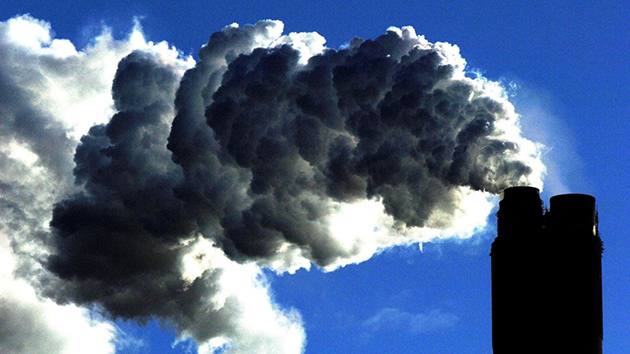 The milestone, reached last month, was announced by the National Oceanic and Atmospheric Administration on Wednesday.

“It was only a matter of time that we would average 400 parts per million globally,” said NOAA scientist Pieter Tans in a press release. “We first reported 400 ppm when all of our Arctic sites reached that value in the spring of 2012. In 2013 the record at NOAA’s Mauna Loa Observatory first crossed the 400 ppm threshold. Reaching 400 parts per million as a global average is a significant milestone.”

Crossing the 400 ppm threshold is equal parts disheartening and alarming. Less than a decade ago scientists and environmental activists, including Bill McKibben, launched a campaign to convince policy makers that global CO2 concentrations needed to be reduced to 350 ppm in order to avoid massive impacts from global warming. McKibben, who co-founded the group 350.org, explained the significance of that figure in a 2008 Mother Jones article entitled “The Most Important Number on Earth”:

And so we’re now in the land of tipping points. We know that we’ve passed some of them—Arctic sea ice is melting, and so is the permafrost that guards those carbon stores. But the logic of Hansen’s paper was clear. Above 350, we are at constant risk of crossing other, even worse, thresholds, the ones that govern the reliability of monsoons, the availability of water from alpine glaciers, the acidification of the ocean, and, perhaps most spectacularly, the very level of the seas.

It’s not clear if a vocal world citizenry will be enough to beat inertia and vested interest. If 350 emerges as the clear bar for success or failure, then the odds of the international community taking effective action increase, though the odds are still long. Still, these are the lines it is our turn to speak. To be human in 2008 is to rise in defense of the planet we have known and the civilization it has spawned.