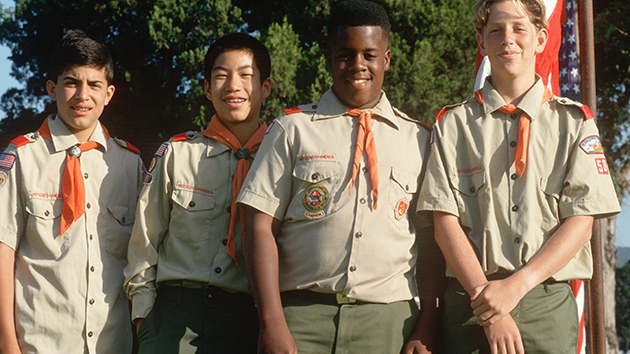 The president of Boy Scouts of America is calling for an end to the organization’s ban on gay leaders, saying the “status quo in our movement’s membership standards cannot be sustained.” Robert Gates, who was speaking at the group’s annual summit on Thursday, said the changes would not be made at the meeting, but indicated officials should look into revisions in the future.

In Gates’s remarks, the former defense secretary urged the organization to “deal with the world as it is, not as we might wish it be.” His address, sure to ruffle a few feathers, stopped short of supporting gay rights outright. Instead, Gates said that the policy shift was necessary to keep the organization nationally relevant.

“While our work won’t be done until we see a full end to their ban on gay adults once and for all, today’s announcement is a significant step in that direction,” Zach Wahls, director for Equality, said in response to Thursday’s announcement. “I’m proud to see Dr. Gates charting a course towards full equality in the BSA.”

In 2013, the Boy Scouts of America voted to allow openly gay scouts—gay leaders however were not included in the changes. Just yesterday, the Girls Scouts of America double downed on the group’s welcoming of transgender girls.