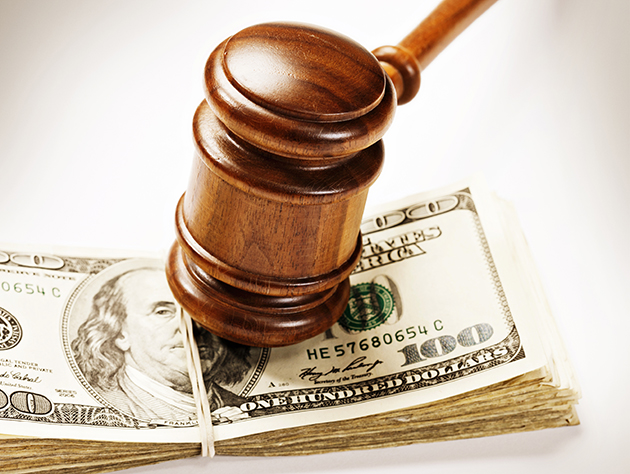 In a ruling that might surprise those who’ve watched recent Supreme Court’s rulings on campaign finance issues, the high court ruled today that states can ban judges from directly soliciting campaign donations.

The case, Williams-Yulee v. The Florida Bar, was a First Amendment challenge to a Florida rule that barred judicial candidates from personally asking donors for money. Lanelle Williams-Yulee unsuccessfully ran to become a county judge in 2009. During her campaign, she signed a letter asking for campaign contributions. The Florida Supreme Court later found that she had violated state rules on judicial campaigns. Williams-Yulee challenged that decision but lost.

Among the 39 states hold judicial elections, 30 have bans on judges personally asking for campaign money. As Mother Jones reported last year, judicial elections have quietly become a major battleground in American politics over the last decade. State judicial candidates raised a combined $83 million in the 1990s, a total that was surpassed by roughly $30 million in the 2011-12 election cycle. More than $200 million has been donated to state supreme court candidates since 2000, and independent (and often unaccountable) spending on state judicial races has increased nearly sevenfold in that same time. Sue Bell Cobb, the retired chief justice of the Alabama Supreme Court, recently likened judicial elections to “legalized extortion.”

Justice At Stake, a nonpartisan watchdog group that often speaks out against big money in judicial elections, applauded the Supreme Court’s decision. “Today’s decision helps judges, by saving them from the compromising job of raising cash from people whose cases they will decide,” the group’s executive director, Bert Brandenberg said in a statement. ” It helps our court system, by shoring up its ability to be fair and impartial. And it helps the public, by reassuring them that they will not find themselves in court before a judge who has received a check directly from the opposing party in their case.”

Chief Justice John Roberts joined the court’s four liberal justices in the 5-4 decision. “Judges are not politicians, even when they come to the bench by way of the ballot,” he wrote. “And a State’s decision to elect its judiciary does not compel it to treat judicial candidates like campaigners for political office. A State may assure its people that judges will apply the law without fear or favor—and without having personally asked anyone for money.”