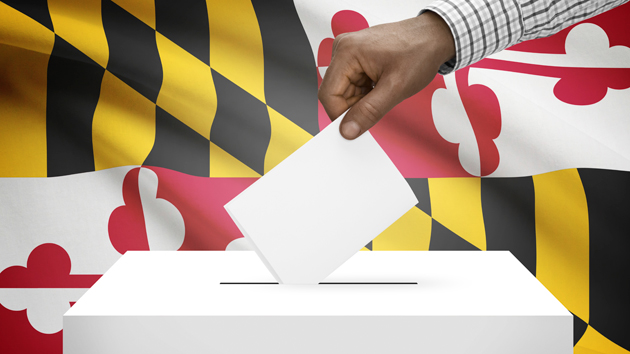 A national, bipartisan effort to roll back restrictions on felon voting rights could soon take a big step forward in Maryland. Earlier this month, the Maryland legislature passed a bill that would restore the right to vote to felons immediately after release from prison. Currently, Maryland is one of 20 states that bars felons from voting until they have completed prison time, parole, and probation.

The bill currently sits on the desk of Governor Larry Hogan, a Republican who has backed criminal justice reform. If enacted, the law would make it easier for 40,000 Maryland residents with past convictions to exercise their voting rights, according to the Brennan Center for Justice at New York University. Myrna Pérez, the center’s deputy director, says that “We’re at a unique moment in time. The country recognizes that the criminal justice system needs reform.”

Felon voting rights, Pérez says, should be a natural area of focus for improving the justice system. “There’s no law enforcement or deterrent justification for disenfranchising people after their release,” she explains. “Research and evidence shows that you’re less likely to recidivate if you can vote… In entire communities, when adults can’t vote, they raise children that can’t vote.” The law was introduced by first-term Delegate Cory V. McCray, a Baltimore Democrat who served ten months in a juvenile correctional facility after being arrested for drug dealing as a teenager.

The conventional wisdom on the subject has held that Republicans are hurt by reforms like Maryland’s; many of the people who will have an easier path to the ballot box come from working-class and minority constituencies that skew Democratic. That likely will not stop Hogan from signing the bill, and it has not deterred other Republicans: GOP presidential candidate Sen. Rand Paul (R-Ky.) has pushed for voting rights restoration in Kentucky, and he introduced a bill that would ease voting restrictions on the federal level.

Pérez is skeptical that expansion of voting rights would hand either party an advantage. She points out that in Florida, where reform was implemented under former Gov. Charlie Crist, the GOP has done just fine. “It’s very hard to say that a policy like Maryland’s would hand the state to Democrats,” she says. There is a “real openness among people of both parties to consider the issue.”