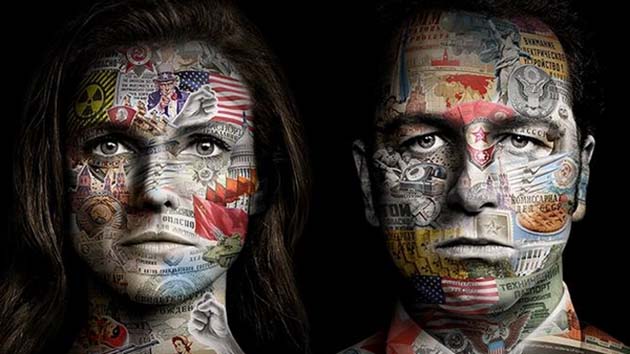 You’ll watch it and be like “God, my wife and I just had a very similar fight about how to raise our daughter.” Just replace spying for the Soviets with whatever you do for a living. They’re so cute together, The Americans! They love each other so much, but they’re torn in different directions by competing loyalties, and they don’t know what to do! Bonus: I recently found out that The Americans are dating in real life, which is so cute OMG.

OMG did you know that the Americans are dating IRL? That’s so cute. I hope they get married http://t.co/VJkzZ72aky

The Americans are so cute when they’re in #love. I wish they would join America and stop helping the Soviets 🙁

But I think they probably won’t. They seem to like communism a lot. But at the same time they also like living in America and enjoying the fruits of capitalism. Their minds are all messed up! You can see what a complicated situation they’re in. A lot of D-R-A-M-A.

I love The Americans, but I wish they weren’t Russian spies 🙁

Anyway, it’s one of the second best show on television.

I would pay $30 for a ticket to a movie spinoff of The Americans where they just go on a vacation and are happy together.

The low ratings for The Americans make me sad & angry. I don’t even care about ratings, but COME ON SHEEPLE. It’s the best thing out there!

The ratings for season 3 are in the hole. A cloud of pessimism and fear has overshadowed the last few episodes; I figured it was unlikely to get renewed by FX for a fourth season. But, guess what? Good news! It’s coming back!

So start watching it please oh dear god I beg you please watch it, please! We can be best friends if you watch it.

Update, Wednesday, March 16, 2016: Tonight is the night! The Americans season 4 premiers on FX at 10pm ET. Get excited. Here’s the trailer: