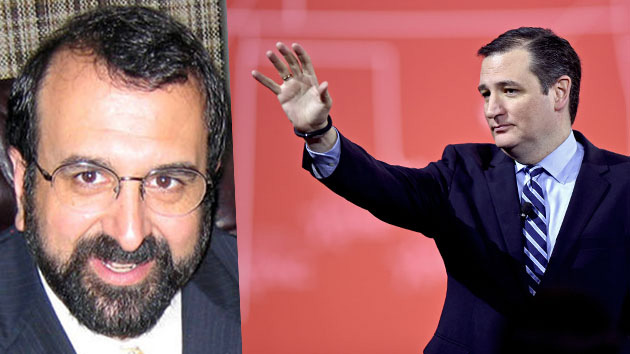 Sen. Ted Cruz (R-TX), who announced his candidacy for President on Monday via Twitter, is expected to speak at the Young America’s Foundation’s “New England Freedom Conference” in Nashua, New Hampshire on Friday.

Also on the lineup is Robert Spencer, the co-founder of Stop Islamization of America and director of the Jihad Watch blog. He is notorious for his attacks on Islam. “It’s absurd” to think that “Islam is a religion of peace that’s been hijacked by … extremists,” he said at the Conservative Political Action Conference in February. He has compared Muslims to Nazis and demanded that Muslims take a loyalty test before being appointed to public office in America. He has told reporters that Islam is here to take over America, and that President Barack Obama is secretly a Muslim. His book opens with the rallying cry of the Crusades, “God wills it!” and he calls for a second crusade against Islam.

The conference, to be hosted at the Radisson in southeast New Hampshire, bills itself as a conservative gathering on “why big government policies are a big problem” and “ways to effectively push back against leftist, big government threats to your freedoms.” It’s hosted by the Young America’s Foundation, which has previously been linked to extremists. Young Americans for Freedom, which merged with the Young America’s Foundation in 2011, hosted an event in 2007 in which Nick Griffin— who was the chairman of the British National Party, a white supremacist group, and a Holocaust denier—spoke. Two board members of Young America’s Foundation, Ron Robinson and James B. Taylor, also ran a political action committee that donated thousands of dollars to a white nationalist organization, the Charles Martel Society.

The Council on American Islamic Relations criticized Cruz for agreeing to speak at a conference that is providing a platform to Spencer. “If Senator Cruz believes that he can campaign for president while sharing center stage with a professional hate monger like Robert Spencer, I seriously doubt his ability to win the US minority vote or unite the country as president,” said CAIR Government Affairs Manager Robert McCaw.

“Senator Cruz has been invited to speak to Young America’s Foundation,” says Rick Tyler, a spokesperson for Cruz’s campaign. “He intends to keep that commitment.”