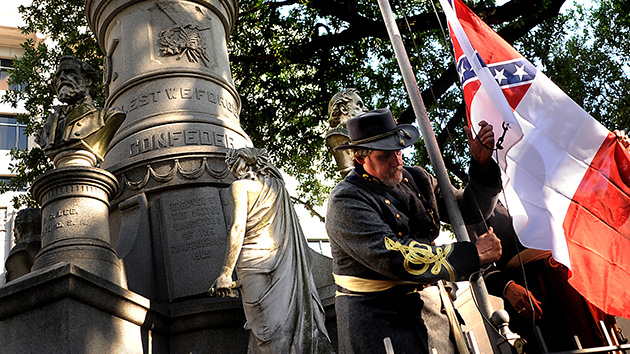 The intersection of race and justice on the street has loomed in the headlines this past year or two, with racially charged killings—Trayvon Martin, Michael Brown, Eric Garner, and Tamir Rice, among others—sparking widespread protests and highlighting stark police biases: A recent Justice Department investigation, for instance, found that blacks in Ferguson, Missouri, accounted for an overwhelming majority of traffic stops, traffic tickets, and arrests over a two-year period—nearly everyone who got a jaywalking ticket was black. When black drivers were pulled over in Ferguson, the DOJ found, they were searched at twice the rate of white drivers.

Racism in the courtroom has received far less attention recently. Yet it is virtually impossible to walk into a courthouse anywhere in the United States without seeing its impact. The prejudice is seldom overt these days; you’ll find it reflected instead in the underfunded, undertrained, overworked, and sometimes incompetent lawyers appointed by the courts to represent criminal defendants who can’t afford counsel. Even so, the fates of countless men and women—see my in-depth piece on the case of Kenneth Fults in Georgia—have been affected by plain, old-fashioned racism. Consider these five examples. 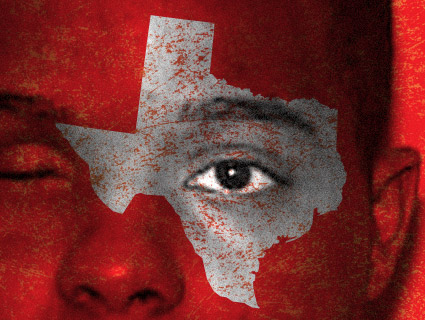 For more about Andre Thomas, read “How Crazy Is Too Crazy to Be Executed?“

Watch your daughters
In 2005, Andre Thomas, a black man with a history of severe mental illness, was convicted and sentenced to death in Texas for killing his estranged wife (who was white) and her two children (one of them his). To obtain the all-white jury that sentenced Thomas, prosecutors Kerye Ashmore and Joe Brown utilized an only-in-Texas procedure called a “shuffle,” which eliminated most of the potential black jurors from consideration.

In a jury questionnaire, four white prospective jurors indicated their opposition to miscegenation—one man emphasized that he “vigorously” opposed people of different racial backgrounds marrying and/or having children and was “not afraid to say so,” and further wrote on the questionnaire: “I don’t believe God intended for this.” Court-appointed defender R.J. Hagood, who had the responses in front of him, neglected to question or challenge these jurors, all of whom ultimately sat in judgment of his client.

King Kong and the “blond lady”
In 2000, Johnny Bennett, a black man, was sentenced to death in South Carolina for stabbing and killing a friend. During the trial’s sentencing phase, prosecutor Donald Myers spent a great deal of time talking about Bennett’s conviction, a dozen years earlier, for a cross-racial assault.

The prosecutor offered a not-so-subtle reminder to the all-white jury that the defendant had dated a white woman.

He called to the stand one of the victims, who testified that he’d dreamed “black Indians” were chasing him. Myers himself referred to Bennett as “King Kong” and a “beast of burden,” and elicited from another witness that Bennett’s prior girlfriend had been “a blond lady”—a not-so-subtle reminder to the all-white jury that the defendant had dated a white woman.

The state Supreme Court would later rule that the black Indians reference “merely described” the victim’s “emotional injury.” It recognized that the blond lady and King Kong references could have racial connotations, but the key question was whether these comments “so infected the trial with unfairness” as to taint the verdict—and they did not, the court determined.

One juror, asked later what he thought might have prompted Bennett’s seemingly motiveless crime, responded: “Because he was just a dumb nigger.”

“Offensive to some”
Felton Dorsey was convicted of murder and sentenced to death in 2009 in Caddo Parish, Louisiana. Dorsey complained that the courthouse, located in Shreveport, had created a racist atmosphere by maintaining a Confederate flag memorial on its grounds.

One prospective juror indicated that he could not serve in a courthouse with a Confederate display.

The flag, his lawyers argued, was placed there to remind anyone entering of an era when the lynching and enslavement of blacks was permitted by law. Indeed, one prospective juror indicated that he could not serve in a courthouse with a Confederate display nearby.

The state Supreme Court rejected Dorsey’s claim, concluding that, while the display might be “offensive to some,” his lawyers didn’t object at the time of the trial, so the claim was improperly before the court. The judges also rejected a statistical claim offered by the Louisiana Association of Criminal Defense Lawyers, which had studied 120 jury trials over a 12-year period and determined that Caddo Parish prosecutors dismissed black jurors at more than triple the rate of white jurors.

“They deal crack over there”
Victor Walther was one of 12 white jurors who sentenced a black man, Gary Sterling, to death in 1989 for murdering a white man in the course of a robbery. Robert Dunn, Sterling’s lawyer, had known Walther for decades and knew he “probably” was a racist. In fact, Walther subsequently provided an affidavit during Sterling’s postconviction proceedings that left little doubt about his sentiments:

There are some niggers who live [a] couple blocks over. They deal crack over there. Sometimes those niggers will start hollering and cursing. And pretty soon they’ll start shooting. One of them stays in jail all the time. He’ll be in jail a few days and then he’ll be right back out. A couple of ’em shot each other last Juneteenth over a card game.

Yet at the trial, attorney Dunn never asked the jurors about their racial attitudes, explaining later that he didn’t think they would answer the questions honestly. It’s hard not to question his rationale, given that Dunn himself was faulted in another case for calling his Salvadoran client a “wetback” in front of the jury. The 5th Circuit ruled that Dunn’s failure to question Walther on his racial views did not fall “outside the wide range of reasonable strategic professional assistance.”

Sterling was executed in 2005.

Racist representation
Demetrie Mayfield received a death sentence in California for killing a neighbor and her companion in 1983. He later alleged that his attorney, S. Donald Ames, had failed to represent him properly because of his race. There was compelling evidence that Ames was a virulent racist. As one of his own daughters put it:

His contempt for us [his family] was exceeded only by his contempt for people of other races and ethnic groups. He especially ridiculed black people, referring to them with racial invectives. He used such terms and phrases as “nigger,” “schwartze,” “jig,” “jungle bunnies,” “trigger the nigger,” and “shoot the coon to the moon.”

Ames’ former secretary, a superior court employee, and an investigator all confirmed his frequent use of racial epithets to describe clients, lawyers, and secretaries. But the 9th Circuit Court of Appeals was unmoved. The judges noted that Ames’ racial animus was not aimed specifically at Mayfield, and that any prejudice Mayfield suffered could not be traced directly to his lawyer’s hatred of blacks.

The court did, however, find that Mayfield deserved a new sentencing because Ames, whom he first met on the morning of his trial, had not provided adequate representation.

Mayfield is still in prison, but no longer on death row.