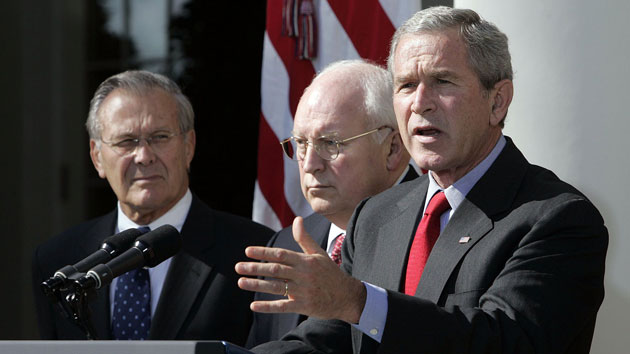 The United States began its invasion of Iraq 12 years ago. Yesterday, a previously classified Central Intelligence Agency report containing supposed proof of the country’s weapons of mass destruction was published by Jason Leopold of Vice News. Put together nine months before the start of the war, the National Intelligence Estimate spells out what the CIA knew about Iraq’s ability to produce biological, chemical, and nuclear weapons. It would become the backbone of the Bush administration’s mistaken assertions that Saddam Hussein possessed WMDs and posed a direct threat to the post-9/11 world.

The report is rife with what now are obvious red flags that the Bush White House oversold the case for war. It asserts that Iraq had an active chemical weapons program at one point, though it admits that the CIA had found no evidence of the program’s continuation. It repeatedly includes caveats like “credible evidence is limited.” It gives little space to the doubts of the State Department’s Bureau of Intelligence and Research, which found the CIA’s findings on Iraq’s nuclear program unconvincing and “at best ambiguous.”

This isn’t the first time the report’s been released in full: A version was made public in 2004, but nearly all the text was redacted. Last year, transparency advocate John Greenwald successfully petitioned the CIA for a more complete version. Greenwald shared the document with Leopold.