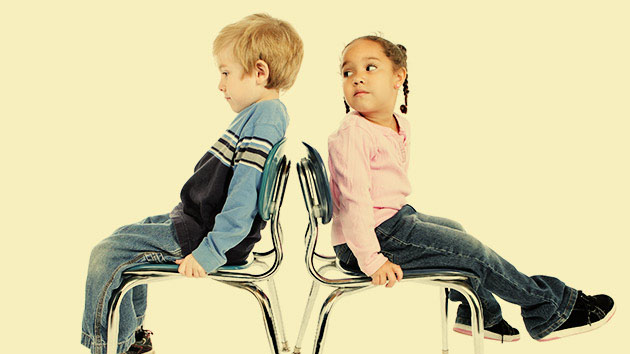 Over the years, various would-be reformers have called for the elimination of the tradition of congressional Republicans and Democrats sitting on opposite sides of the aisle. If partisan adversaries move closer together physically, the thinking goes, perhaps they’ll find more common ground politically.

If only it were that easy. In fact, seating Republicans and Democrats closer together might make the situation worse, according to a new study by researchers at the University of California-Berkeley and the University of Toronto. Published in the American Sociological Review, the paper examines how US senators’ voting behavior is affected by the level of interaction between lawmakers. Specifically, how does voting behavior change when senators of different parties sit closer together on the chamber floor or join more committees with each other?

The study’s coauthors, business profs Christopher Liu of the University of Toronto and Sameer Srivastava of UC-Berkeley, looked at voting behavior in the Senate from 1973 to 2009. Their findings: Senators from the same party tended to converge in their voting behavior when they interacted more. If they sat closer together or joined more of the same committees, they later voted similarly. But under the same conditions, senators from different parties who interacted more tended to vote differently. In other words, when Republicans and Democrats sit closer together, their votes move further apart.

When Republicans and Democrats sit closer together, their votes move further apart.

In a polarized setting like the Senate, the study explains, “conflicting identities will become more salient, and the normative pressure to move further apart in their thoughts and actions will intensify.” Translation: “Sometimes keeping some distance is the better option.”

Srivastava says these polarizing effects are stronger and statistically significant when pairs of senators sit less than 33 feet from each other. Beyond that distance, the effects taper off. And, he adds, on the committee level, greater interaction only exacerbated the ideological division between pairs of Republicans and Democrats who joined committees with a history of political divisiveness. Yet in committees where members regularly cosponsored bills across party lines, greater interaction did not drive them apart.

Inside the 52-by-85-foot US Senate chamber, each senator sits at an assigned desk. Seats are reassigned every two years. The desks are moved to new positions, with senators choosing their spots according to seniority. By tradition, Republicans sit on the left side of the main podium, and Democrats sit on the right. During the moving process, some senators shift closer toward the opposing side, while others shift farther away.

Srivastava stresses that the study is intended only to demonstrate a social phenomenon that might also hold true in high-stakes situations beyond Capitol Hill. For example, in a corporate setting, similar dynamics might be seen after a high-profile and contentious merger that brings opposing executives onto the same board.

The study does not lay out any quick fixes for a more cooperative Congress. There’s no magic distance between adversaries that will foster greater compromise. But Srivastava does offer one suggestion: Since the polarizing effects described in the study only apply to situations with opposing and public identities, lawmakers may get along better behind closed doors. “Moving some of the interactions into more private settings could help, possibly,” he explains. But in the end, he says, the main obstacle to compromise may not be where senators sit, but the personalities and beliefs they bring to the room in the first place.