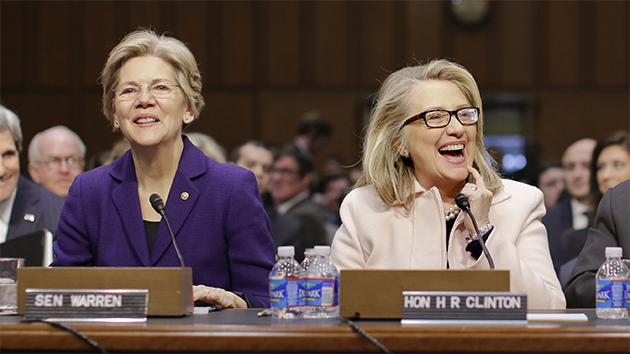 Back in December, Hillary Clinton and Sen. Elizabeth Warren (D-Mass.) reportedly met in private for what is being described as a “cordial and productive” conversation inside Clinton’s Washington D.C. residence. The New York Times’ Maggie Haberman and Jonathan Martin have the scoop, published Tuesday, which makes clear Clinton did not ask for Warren’s endorsement, but instead sought the senator’s thoughts on a number of policy issues.

News of the one-on-one conversation comes not only as Clinton continues to build a formidable 2016 campaign team—most recently with the hire of Mandy Grunwald, a longtime Clinton confidant who had lately been advising Warren—but also as liberal activist groups urge the Massachusetts senator to challenge her for the Democratic nomination. While Clinton, who has yet to formally announce her candidacy, is widely viewed as the party’s frontrunner, a possible run by Warren and her trademark populist message would certainly complicate her campaign.

Despite calls for her to run, however, Warren has repeatedly said she will not be seeking the nomination. But a sit-down at Clinton’s home, sans political aides and initiated by Clinton, is the most clear signal Clinton is well aware she will be needing Warren’s deeply popular economic liberalism in order to be successful come 2016, especially at a time when even Republicans appear to be freely borrowing from the senator’s populist platform.