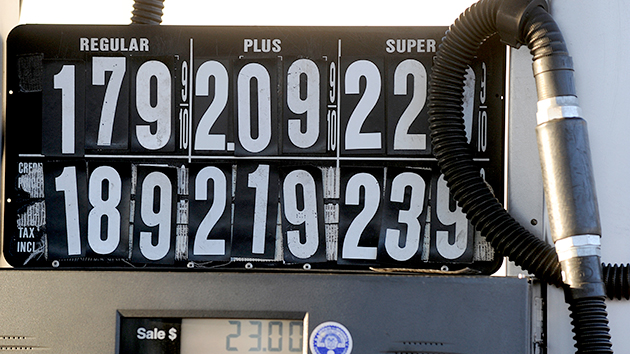 Earlier today the Environmental Protection Agency released a letter that one of its top officials sent yesterday to the State Department, weighing in on the debate over the Keystone XL pipeline. The letter is part of a last round of comments from federal agencies before the Obama administration makes a final decision about whether to approve the pipeline, and environmentalists had hoped that it would spell out the threat the project could pose to the climate.

They weren’t disappointed. The EPA letter argues that the recent drop in oil prices means that Keystone XL could come with a major carbon footprint. This is an argument environmentalists like Bill McKibben have been pushing for years. And it’s a big deal—President Barack Obama has said that the pipeline will be approved only if it won’t increase overall greenhouse gas emissions.

Here’s the logic: A pipeline is the cheapest way to move oil; trucks and trains are much more expensive. Canadian tar sands oil is especially expensive to produce. When the price of oil is high, it makes economic sense to export it with trucks and trains. This is the line of reasoning the State Dept. has used to argue that approving the pipeline won’t contribute to climate change: The oil is going to get burned with or without Keystone XL, because producers will just send it out some other way. Republicans in Congress have cited that same State Dept. analysis as evidence that Keystone XL isn’t the climate-killing monster environmentalists make it out to be.

But when the price of oil is so low, that calculus gets turned upside down. According to State’s own analysis, the economic rationale for using trucks and trains starts to erode once the price of oil dips much below $75 per barrel. Right now, oil is hovering around $50 a barrel. So if prices stay low and the if the pipeline isn’t built, that oil might actually stay buried—where many climate scientists have said it needs to stay if we’re to avoid disastrous levels of global warming.

You can read the full EPA letter below. Here’s the key line:

“At sustained oil prices within this range, construction of the pipeline is projected to change the economics of oil sands development and result in increased oil sands production, and the accompanying greenhouse gas emissions, over what would otherwise occur.”

Some energy analysts disagree, arguing that oil prices would have to drop much further than current levels to have an impact on tar sands production. And even though there’s reason to think oil could be cheap for a while, energy companies don’t tend to make big expensive decisions about where and how to drill based on short-term market trends. So there’s still room for debate on the EPA’s take here.

The EPA letter is likely to become a centerpiece of the pipeline debate as Congress continues to wrangle over the issue. (A bill to approve the pipeline passed the Senate last week, and next week the House is expected to take it up once again. President Obama has promised to veto the bill.) But the more important thing to watch is whether it changes any minds in the Obama administration, which is nearing a final decision on whether the pipeline will be built.