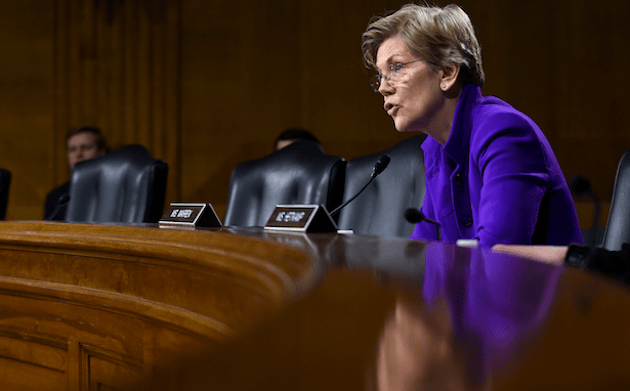 While speaking before the Senate’s Banking Committee on Tuesday, Sen. Elizabeth Warren (D-Mass.) hit Fed Chair Janet Yellen with a string of harsh questions over the performance of Scott Alvarez, the Fed’s general counsel, who is at the helm of an investigation of a Fed leak from September 2012.

Warren has expressed frustrations over the investigation’s lack of public information.

“Wall Street banks could profit handsomely if they knew about the Fed’s plans before the rest of the market found out, and that’s why any leak of confidential information from the Fed results in serious penalties for the people who are responsible,” Warren said on Tuesday. “But apparently there have been no consequences for the most recent leak.”

The Massachusetts senator specifically pointed to Alvarez’s Wall Street-friendly reputation, mainly referring to his past criticisms of Dodd-Frank, when she asked Yellen whether the Fed’s views aligned with those of its top lawyer.

Pressed for a strict yes or no response, Yellen eventually said she is “not seeking to alter Dodd-Frank in any way at this time.”

“Do you think that it is appropriate that Mr. Alvarez took public positions that do not evidently reflect the public position of the Fed’s board, especially before an audience that has a direct financial interest in how the Fed enforces its rules?” Warren responded.