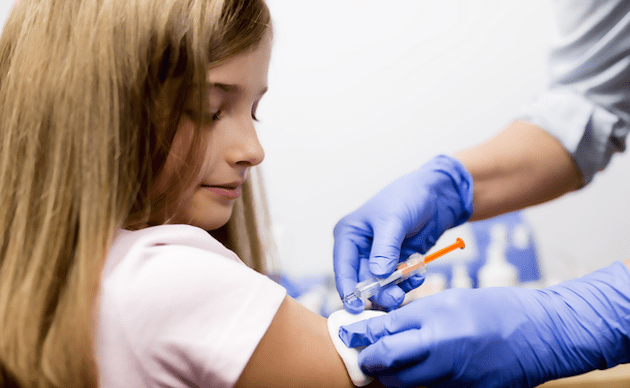 On the heels of an ongoing measles outbreak that has ignited a national debate over childhood vaccinations, California lawmakers introduced a bill on Wednesday seeking to put an end to the use of personal belief exemptions—which allow parents to opt out of vaccinating their children—in the state.

The proposed legislation would essentially require all school children to get vaccinated, unless immunization puts the child’s health at risk.

“We shouldn’t wait for more children to sicken or die before we act,” Rep. Richard Pan (D-Santa Monica) said at a press conference on Wednesday. “Parents are letting us know our current laws are insufficient to protect their kids.”

The current outbreak started in Disneyland and has since spread to 14 states, with at least 102 cases reported, according to the latest report from the Centers for Disease Control and Prevention. California is one of 20 states that allow for such waivers, which public health officials have cited as a primary cause for the recent reemergence of the highly contagious disease. Only 92.3 percent of children in California are vaccinated, and many of the state’s more affluent neighborhoods report even lower rates.

While Gov. Jerry Brown previously signed bills permitting more parental choice on the matter, a spokesperson for the governor indicated he would be open to possible changes.

“The governor believes that vaccinations are profoundly important and a major public health benefit and any bill that reaches his desk will be closely considered,” Evan Westrup said.

Also on Wednesday, Senators Barbara Boxer and Dianne Feinstein released a joint statement calling upon California officials to consider tightening the state’s vaccination policies and ending the both personal belief and religious exemptions. 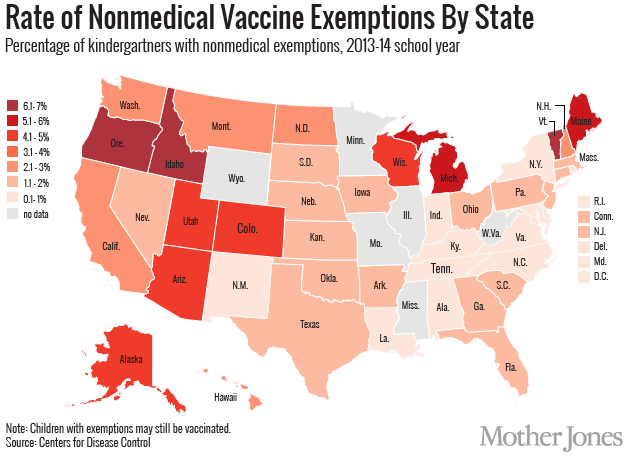