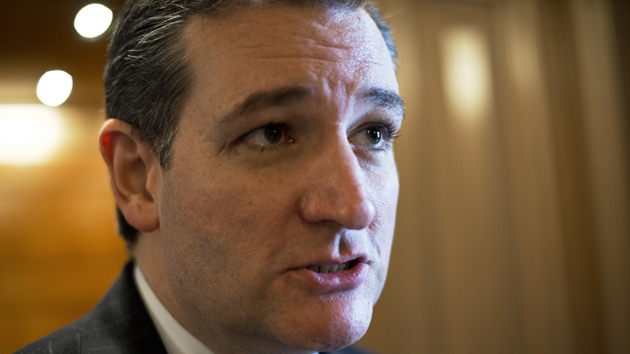 On Sunday night, Senator Ted Cruz (R-Texas) appeared with Rand Paul and Marco Rubio, his Senate colleagues and fellow presidential hopefuls, at the Koch brothers’ winter donor retreat, and he offered a two-word post-mortem for the GOP’s drubbing in the 2012 elections: 47 percent.

Cruz was referring, of course, to Mitt Romney’s infamous remarks, secretly caught on tape during a private campaign fundraiser, in which he dismissed 47 percent of Americans (“who will vote for this president no matter what”) as freeloaders “who are dependent on government” and who refuse to take responsibility for their lives.

According to Cruz, who was one of four presidential aspirants to appear before some 300 well-heeled donors at this weekend’s Koch retreat (Wisconsin Gov. Scott Walker was the fourth, though he did not join Sunday’s panel), the GOP’s 47-percent problem is bigger than Romney’s comments. It’s a party-wide problem. But Cruz noted that he had a fix in time for the 2016 election.

Of course we have a problem [with income inequality]. And I have to say I chuckle every time I hear Barack Obama or Hillary Clinton talk about income inequality. Because it’s increased dramatically under their policies.

Now, if you look at the last election, I think in 2012 the reason Republicans lost can be summed up in two words: 47 percent. And I don’t just mean Mitt Romney’s comment that was caught on tape—that the 47 percent of Americans who are not currently paying taxes, who are in some ways dependent on government, we don’t have to worry about them. I don’t just mean that comment. I think Mitt is a good and decent and honorable man; I think he ran a very hard campaign.

But the central narrative of the last election, what the voters heard, was we don’t have to worry about the 47 percent. And I think Republicans are and should be the party of the 47 percent.

That is, the GOP should be the party of the bottom half.

Cruz did not go into great detail about how the Republicans could assist and appeal to the 47 percent. But he did accuse Obama administration officials of using their clout to get “fat and happy,” slamming Washington as rife with crony capitalism and claiming its denizens are fixated on self-enrichment at the expense of everyone else. “I think we need to move back to a dynamic where you have Schumpeter’s creative destruction, where you have small businesses that are creating opportunities,” he said. Cruz’s reference to Joseph Schumpeter, the Austrian economist beloved by libertarians and conservatives, was sure to delight at least one audience member: Charles Koch, a longtime fan of Schumpeter’s. Cruz added, “We should be fighting for the little guy who has dreams and hopes and desires.”