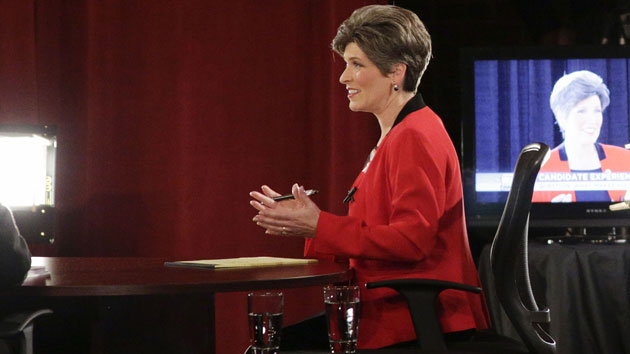 Each year, the opposition party taps a member to deliver a response to the president’s State of the Union address. For Tuesday night’s speech—President Barack Obama’s sixth—Republicans have awarded this duty to Iowa freshman Sen. Joni Ernst, who rose to prominence last spring when she released a campaign ad about castrating a pig.

The GOP has also announced it will be offering a Spanish-language rebuttal, which will be delivered tonight by freshman Florida Rep. Carlos Curbelo, a young conservative from a diverse Miami congressional district. But there’s a wrinkle. According to a press release from the House Republicans, Curbelo will not be sharing his own thoughts and words with the public. Instead, he will only be reading a Spanish translation of Ernst’s speech.

Curbelo’s office confirmed that he will not be delivering his own remarks.

By the way, Ernst has endorsed English as a national language and once sued Iowa’s secretary of state for offering voting forms in languages other than English. Her office did not respond to requests for comment.

Curbelo has broken with his own party on immigration to support a path to citizenship for undocumented residents. Ernst has repeatedly expressed opposition to “amnesty.”