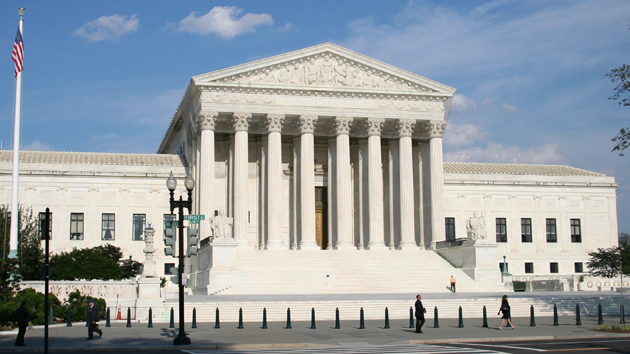 In June of 2013, the Supreme Court struck down a key provision of the Voting Rights Act, making it more difficult to enforce that landmark civil rights law. On Wednesday, the Supreme Court will hear oral arguments about another 1960s law combating racial discrimination—and civil rights advocates fear the Court is poised to gut it as well.

The question before the court is whether the Fair Housing Act of 1968, intended to fight pervasive residential segregation, bans practices that unintentionally discriminate against minorities. For decades, the law has been used not only to fight intentional discrimination but any other practices that have a “disparate impact” on racial and other minority groups.

Under the FHA, it is illegal to “refuse to sell or rent… to refuse to negotiate for the sale or rental of, or otherwise make unavailable or deny, a dwelling to any person because of race, color, religion, sex, familial status, or national origin.” Civil rights advocates believe this language is broad enough to include disparate-impact claims, and the courts have historically agreed. In 2013, the Department of Housing and Urban Development issued guidelines also supporting this view.

But now, the case Texas Department of Housing and Community Affairs v. The Inclusive Communities Project, Inc., represents the third time in as many years that the Supreme Court has agreed to take up the issue of how broadly, or not, the Fair Housing Act rules can be applied. Less than four years ago, the court agreed to hear a case out of Minnesota on disparate-impact claims; the following year it agreed to take up a New Jersey case on the same issue. Both cases were resolved before oral arguments, in part because civil rights advocates were afraid of what the Supreme Court under Chief Justice John Roberts might decide.

“There’s no disagreement among the lower courts, it’s always been the law since the late ’60s that you could have disparate impact,” says Deepak Gupta, a Washington lawyer who filed an amicus brief on behalf of current and former members of Congress urging the court to uphold the broad interpretation of the housing law. The court’s taking up the issue repeatedly, Gupta says, signals that “at least some of the justices are very interested in changing the law in this area.”

Joe Rich, an attorney with The Lawyers’ Committee for Civil Rights Under Law, agrees that the latest case “is of concern, because there is an interest in something that seemed to be settled.” He is more upbeat about the possible outcome, however. “I think if they give it a fair look, and look at the law and the unanimity that surrounded it, there’s a decent chance they’ll uphold it.”

The Texas case involves a fair-housing advocacy group that alleged state officials were perpetuating racial segregation in the Dallas region by making federal low-income housing vouchers available primarily in minority neighborhoods. A district court agreed that state officials were violating the FHA—whether intentionally or not. Texas appealed, urging the courts to find that the law only applies to intentional discrimination. “The text of the Fair Housing Act unambiguously precludes the ‘disparate impact’ interpretation adopted by HUD and the court of appeals,” the brief from the state says. “There is no language anywhere in the Fair Housing Act’s anti-discrimination rules that refers to ‘effects’ or actions that ‘adversely affect’ others.”

The nation’s highest court often declines to take on cases unless lower courts have split on the issue, creating a problem for the top justices to resolve. But in the more than 40-year history of the FHA, every circuit court has agreed that disparate-impact claims are covered by the law. Based on the track record of the Roberts court, including how it handled the Voting Rights Act, the conservative justices are expected to side with Texas.

Liberals say their hopes rest with an unlikely figure: Justice Antonin Scalia. While Justice Anthony Kennedy is generally regarded as the key swing vote on the current court, Scalia has been a proponent of deferring to government agencies when the text of a law is ambiguous. In this case, the Department of Housing and Urban Development interprets the FHA as applying to unintentionally discriminatory practices. In order for Texas to win over Scalia, it may need to demonstrate that the text of the law is not just ambiguous but that it clearly excludes unintentionally discriminatory practices.

But if Texas prevails, Gupta fears the damage could go beyond the Fair Housing Act itself. In its ruling, the court might throw into question the constitutionality of disparate-impact claims more broadly, from bank lending practices to employment discrimination. Potentially “all of this is on the chopping block at the Supreme Court,” he says.