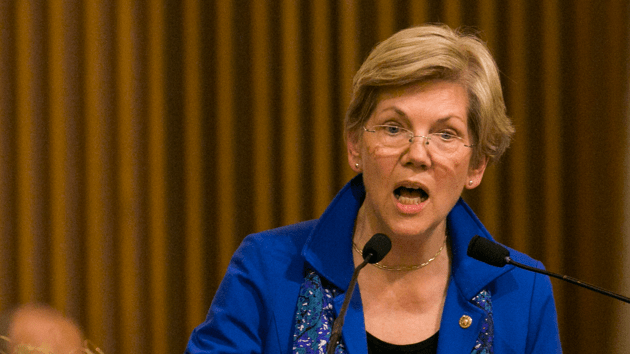 Ever since Sen. Elizabeth Warren (D-Mass.) helped get the Consumer Financial Protection Bureau off the ground in 2010, Republicans have been trying to shut it down. GOPers drafted legislation to weaken the fledgling agency, which was designed to prevent mortgage lenders, credit card companies, and other financial institutions from screwing average Americans. The measures died. Republicans turned to the courts to gut the bureau. That effort failed. Now that Republicans control both houses of Congress, they have another weapon at their disposal: new subpoena powers they can deploy to blitz the CFPB with document requests.

The goal is obvious: dig out material the GOPers can use to embarrass the agency. And if nothing untoward is discovered, Republican legislators can at least pin down the bureau with onerous paperwork demands. Democrats fear Republicans’ new information-gathering abilities will make it easier for the agency’s foes to launch witch-hunt style investigations of the CFPB similar to those former House oversight committee chair Rep. Darrell Issa (R-Calif.) launched regarding Benghazi and the IRS.

All committees in both the House and the Senate have the right to subpoena federal agencies for information. But until recently, either the most senior committee member from the minority party had to sign off on a subpoena or the entire committee had to vote on the request. In the last Congress, six House committees okayed a rule change giving the committee chair unilateral subpoena power. On Tuesday, the House financial services committee—which has jurisdiction over the CFPB—voted along party lines to grant the same privilege to its Republican chairman, Jeb Hensarling of Texas.

Republicans already have a track record of looking for information that could tarnish the CFPB’s reputation, and Democrats fully expect Hensarling to continue down the same path. And now Hensarling, a fierce CFPB critic, will be able to more easily mount politically motivated investigations of the agency.

Without the rule change, GOPers could still push through the subpoenas. As the majority, Republicans on the committee could vote to approve an information request. But with its new subpoena superpowers, the committee can demand records without a vote—and, thus, can keep the process  from the public eye, a spokesman for the committee Democrats says. No longer will there be a public hearing where lawmakers can debate the subpoenas and Democrats can make a case if they think Hensarling and the Republicans are abusing the privilege. Last year, for example, ranking Democratic member Rep. Maxine Waters (D-Calif.) used the public forum to convince Hensarling to back down on a Treasury Department subpoena.

Now, if Democrats want to keep GOPers from going on a fishing expedition aimed at tarnishing the CFPB, they won’t have as much of an opportunity to create a ruckus. At a committee hearing Tuesday, Waters, the senior Democrat on the panel, called the rules change “anti-democratic” and “insulting.” (Under the new rule, Waters will be given 48 hours notice before Hensarling issues a subpoena, so that she can alert the press if she wants.)

“We think it’s ridiculous that the Republican leadership is exporting the Issa model to the rest of the House,” a Democratic staffer told Politico. Several other House committees are expected to approve similar powers for their chairs this month.

Last year the GOP-dominated financial services committee voted to subpoena three CFPB officials to require them to testify in an ongoing investigation of alleged discrimination against minorities and women at the bureau. Democrats claimed the move was politically motivated.

Hensarling has not yet indicated how he might use the new subpoena powers. Some Republicans are unhappy with the CFPB’s plan to crack down on shady payday lenders, so Hensarling could potentially subpoena the data the agency is collecting in an attempt to prove the effort is overly invasive. Hensarling denies the new rule is undemocratic.

The CFPB did not respond to a request for comment.