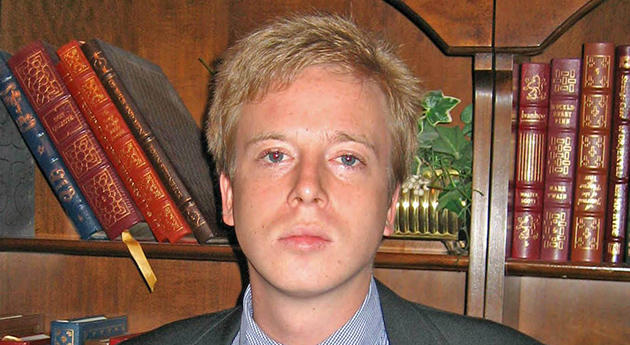 Today, Barrett Brown, a journalist and activist accused of working with Anonymous, was sentenced to 63 months in federal prison and fined $890,000. Brown has been in custody since September 2012, when he was arrested for threatening an FBI agent on YouTube. Additional charges followed, including allegedly hindering the arrest of Jeremy Hammond—who was convicted in 2013 of hacking the intelligence firm Statfor—and trafficking in stolen credit card information after he posted a link to the hacked Stratfor files. The original slate of charges against Brown could have resulted in more than 100 years in prison.

Many of the original charges against Brown were dropped. Today’s sentencing followed his pleading guilty to obstructing Hammond’s arrest and hiding a laptop during an FBI search of his mother’s home. He will likely spend somewhere between one and three years behind bars due to time served and a potential supervised release.

Brown’s case spawned a campaign to free him that focused on the First Amendment issues raised by the feds’ aggressive prosecution. As Kevin Drum wrote about the case in 2013, “This is almost a textbook case of prosecutorial overreach…[T]he government considers him a thorn in their side and wants to send a message to anyone else planning to follow in Brown’s footsteps. That just ain’t right.”

Brown addressed these issues in the statement he made prior to his sentencing this morning. “This is not the rule of law, Your Honor,” Brown said, “it is the rule of Law Enforcement, and it is very dangerous.”