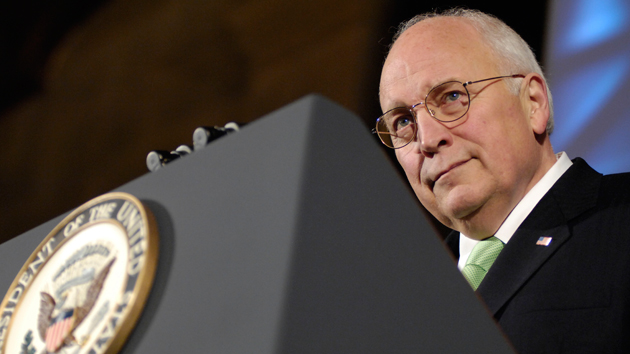 It may come as little surprise that former Vice President Dick Cheney’s name crops up 41 times in the Senate report on the CIA’s use of “enhanced interrogation.” Here are some of his noteworthy appearances:

Abu Zubaydah, an Al Qaeda suspect captured by the United States in 2002, was subjected to years of detention and torture by the CIA. According to the Senate report, Cheney tried to prevent a newspaper from reporting Zubaydah’s whereabouts at a CIA black site dubbed “DETENTION SITE GREEN,” which the Washington Post reports was located in Thailand.

On July 29, 2003, Cheney attended a CIA briefing with Condoleezza Rice, John Ashcroft, and others, seeking “policy reaffirmation” of the CIA’s “coercive interrogation program,” including waterboarding. The CIA warned that “termination of this program will result in loss of life, possibly extensive,” and claimed “major attacks” were averted thanks to detainee torture.

3. Cheney reportedly did not know the specific location of a CIA black site.

Cheney was reportedly lined up to help lobby the government of an unnamed country, but as with President Bush, the CIA aimed to keep Cheney in the dark so that he couldn’t refer to the location of “a more permanent and unilateral CIA detention facility” in that country.

The CIA assessment argued that torture “saved lives” and “enabled the CIA to disrupt terrorist plots, capture additional terrorists, and collect a high volume of critical intelligence on al-Qa’ida.” The Senate report indicates that Bush’s Department of Justice used this specific assessment to defend the legality of torture. Cheney declassified the report in 2009, just after President Obama took office.

5. Cheney blew off Senate leaders investigating the CIA interrogation program as early as 2005.

Sen. Jay Rockefeller (D-W.Va.)—a senior member of the Senate Intelligence Committee at the time—called for a formal investigation of torture, but Cheney clearly wasn’t interested.