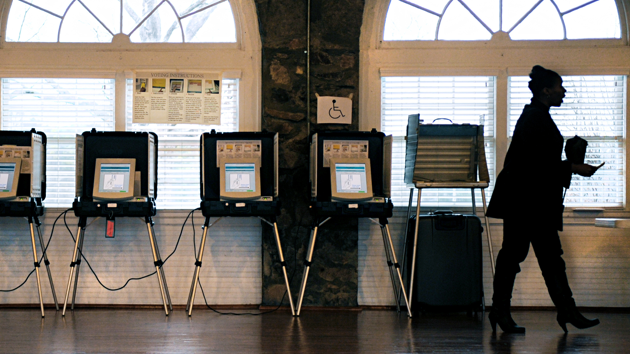 Since the 2010 midterm elections, Republican-controlled legislatures in 21 states have made it harder to vote, enacting restrictions on early voting, ending same-day registration, and requiring government-issued ID at the polls. Many of these measures have been found to reduce turnout among poorer and minority voters.

Meanwhile, the Affordable Care Act provided President Barack Obama with a tool that could have helped counter the effect of the new laws restricting voting and made it easier for nonwhite voters to get to the polls. But he decided not to use it.

The 1993 National Voter Registration Act, also known as the Motor Voter law, requires that departments of motor vehicles and other public assistance agencies provide voter registration services. According to the Department of Health and Human Services, the health insurance exchanges created by the Affordable Care Act count as public assistance agencies under the statute. That means that the assistants who walk uninsured Americans through the exchange’s insurance sign-up process should also have to offer to guide applicants through the voter registration process. While HHS can’t directly control compliance at the state-run health exchanges, the agency can ensure that assistants who help the uninsured sign up for coverage on the federal exchange—called navigators—provide voters with step-by-step guidance on registering to vote. But that hasn’t been happening.

Voting rights advocates have been pressuring HHS for more than a year to reverse course and make sure navigators fully comply with the Motor Voter law. But since a backlash last year by Republicans, the administration has demurred. So the more than 5.4 million uninsured Americans who have signed up for insurance at HealthCare.gov since October 1, 2013, have not received extra assistance in registering to vote. Thirty-seven percent of the enrollees who chose to report their ethnicity were minorities.

Lawrence Jacobs, a political science professor at the University of Minnesota and author of Health Care Reform and American Politics, told me earlier this year that the administration is “running from a political fight”:

GOP opposition to signing up new voters through the health insurance exchanges has been fierce. Right-wing talk show yeller Rush Limbaugh said in June that it shows “the purpose of Obamacare…It’s about building a permanent, undefeatable, always-funded Democrat majority.” In March, Republicans on the House Ways and Means committee worried about how Obama-friendly “associations like the now-defunct ACORN”—such as FamiliesUSA and AARP that the administration will fund to help sign up the uninsured—would use applicants’ voting information. Rep. Charles Boustany (R-La.) wrote a letter to HHS this past spring, charging that the health care law “does not give your Department an interest in whether individual Americans choose to vote,” and asking HHS to provide justification for including voter registration questions in health insurance applications.

The Presidential Commission on Election Administration, which Obama created last year to assess voting problems around the country, released a study in January calling for better enforcement of government agencies’ compliance with the Motor Voter law, noting that it was “the election statute most often ignored.”

While the federal exchange website provides a link to the federal voter registration website as part of the health insurance application process, advocates say the department has failed to ensure that navigators automatically offer people who need help with their insurance application aid with voter registration applications as well. “It’s likely that many thousands of citizens would have applied to register to vote if the administration had complied,” says Lisa Danetz, the legal director at the think tank Demos. “And we know that once registered, people turn out to vote at a relatively good rate.”

It’s not too late for the administration to use Obamacare to help Americans register to vote. Another 10 million uninsured Americans are expected to obtain coverage through the Affordable Care Act in 2015, and more than 24 million a year are expected to sign up 2015 and 2016.