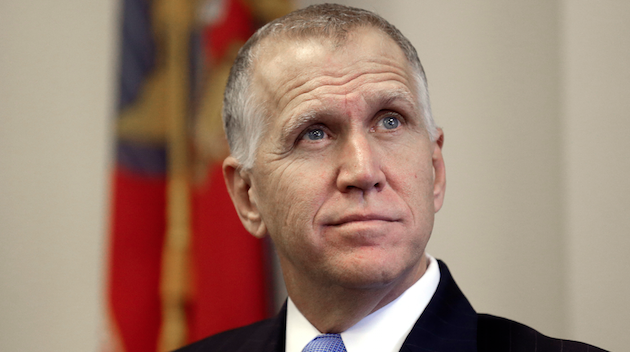 Democratic Sen. Kay Hagan lost her seat to Republican Thom Tillis Tuesday evening—despite waging the largest ever get-out-the-vote effort in a North Carolina Senate campaign. The race is part of a wave of GOP victories that will give Republicans control of the US Senate for the first time since 2006.

Democrats were at a disadvantage in North Carolina because of the expansive new voting restrictions that Republicans in the state legislature—led by Tillis—enacted last year. The new rules curtailed early voting and eliminated same-day registration—changes the Justice Department says depress turnout among minorities, who tend to vote Democratic.

The race was the most expensive in the country. Hagan’s campaign spent $22 million, far more than Tillis’ $8 million. Outside groups shelled out even more, spending more money than in any other Senate race in history, according to the Center for Responsive Politics. Outside spending in favor of Hagan totaled $43 million, compared to $38 million in favor of Tillis.

By electing Tillis, North Carolinians are sending to Washington a lawmaker who has a history of backing policies that have made life harder for the middle class and poor. Last year, Tillis voted against expanding Medicaid in North Carolina, which would have provided health coverage to 500,000 uninsured North Carolinians. Tillis led a GOP push to cut funding for substance abuse treatment centers by 12 percent. He and his fellow Republicans also cut unemployment benefits for 170,000 North Carolinians and eliminated the state’s Earned Income Tax Credit, while slashing taxes for the wealthy.