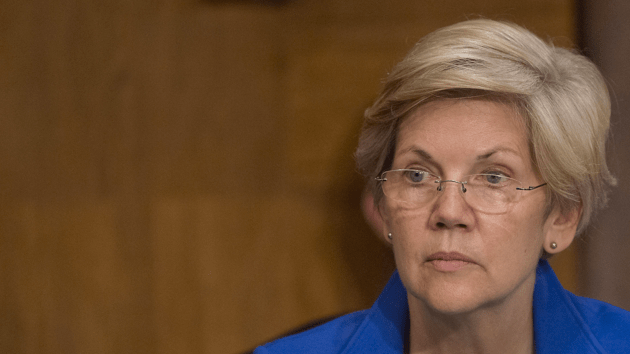 Sen. Elizabeth Warren (D-Mass.) has it out for Walmart. On Tuesday, the freshman senator will hold an event on Capitol Hill calling out the retail giant for its low wages and terrible employment practices. The briefing will be held a week ahead of the nationwide anti-Walmart protests planned for Black Friday.

Warren will be joined by Rep. George Miller (D-Calif.); members of OUR Walmart, a union-backed group helping organize Walmart workers; and representatives from other labor groups. Warren and her colleagues also plan to discuss legislation that could help Walmart employees and other low-wage workers around the country, including measures that would raise the federal minimum wage to $10.10 an hour, forbid unpredictable irregular work schedules for part-time workers, and help prevent employers from retaliating against workers who share wage information.

Roughly 825,000 of Walmart’s hourly store employees earn less than $25,000 a year. About 600,000 Walmart workers are part-time, and many rely on food stamps and Medicaid. Walmart, the largest private employer in the US, says its average full-time hourly wage is $12.83, though OUR Walmart has calculated it as closer to $9 an hour.

Walmart has retaliated against employees who have protested these low wages. In January, the National Labor Relations Board ruled that the company illegally fired, threatened, or disciplined more than 60 workers in 14 states for publicly complaining about wages and working conditions.

OUR Walmart is planning on holding a wave of protests at 1,600 Walmart stores the day after Thanksgiving to call for a $15 minimum wage and more opportunities for full-time hours. Last year, the group held demonstrations at more than 1,200 stores.

“The Walmart economy—a business model where a few profit significantly on the backs of the working poor and a diminishing middle class—perpetuates the income inequality problems that are devastating our country,” OUR Walmart and the United Food and Commercial Workers union said in a statement Monday.