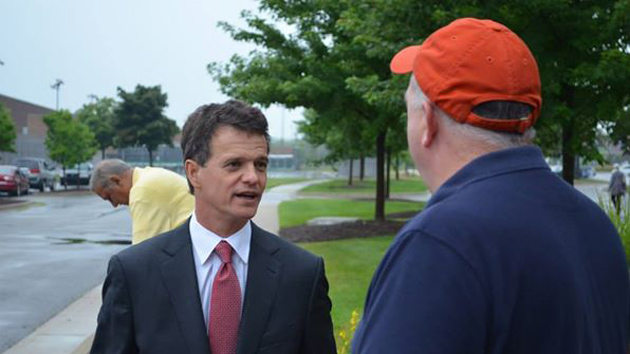 Michigan’s “foreclosure king” is coming to Washington. Republican David Trott, a Michigan businessman who got rich on the collapse of the state’s housing market, easily fended off his Democratic rival in Michigan’s 11th congressional district.

A former state finance chair for Mitt Romney’s presidential campaign, Trott’s line of work made him a polarizing figure in Michigan. As I reported in January:

Trott’s campaign notes that the candidate has a wide array of business interests, but his financial disclosure forms leave no doubt that foreclosures are where he made his fortune. Through various interconnected concerns, Trott is involved in virtually every aspect of the foreclosure business.

His flagship operation is Trott & Trott, a 500-person law firm founded by his father that is one of the largest foreclosure specialists in the state; its clients are largely lenders, such as Bank of America and Countrywide. Trott & Trott doesn’t personally evict homeowners; it handles the paperwork for banks that do. “It’s what we do; it’s all we’ve ever done,” Trott said in a 2007 TV interview, of his foreclosure work.

He also owns a real estate firm that manages foreclosed properties, as well as a newspaper chain, Michigan Legal News, that banks are required to post foreclosure notices in.

Trott doesn’t just benefit from foreclosures; his firm has pushed to change state law to make it easier for banks to kick people out of their homes.

The race was (most likely) the swan song for GOP Rep. Kerry Bentivolio, a Santa-impersonating reindeer rancher who was elected almost by accident in 2012 when the incumbent congressman was disqualified. Trott crushed Bentivolio in the August primary, and Bentivolio appeared finished. But in October, Bentivolio announced he would wage a write-in campaign for the seat on the grounds that it might help drive out turnout for other GOP candidates on the ticket. (The fact that he continued to refer to Trott as “the foreclosure attorney” perhaps pointed to less altruistic motives.)

As of Tuesday night, Bentivolio has received fewer than 1,100 votes.