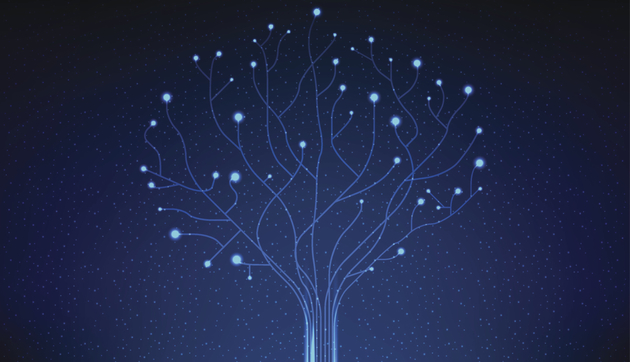 On Tuesday, the Royal Swedish Academy of Sciences announced the winners of the Nobel Prize in Physics. In the first of the prestigious awards to be handed out this week, Japanese scientists Isamu Akasaki, Hiroshi Amano, and Shuji Nakamura were honored for their invention of the blue light-emitting diode commonly known as an LED. The $8 million prize “rewards an invention of greatest benefit to mankind”—and LEDs have crossed the bar.

Invented just twenty years ago, blue LEDs paved the way for many now-common devices, like television LCD-screens, Blu-ray discs, and laser printers. But more importantly, they give off white light in a new, more efficient way, reducing energy consumption the world over. 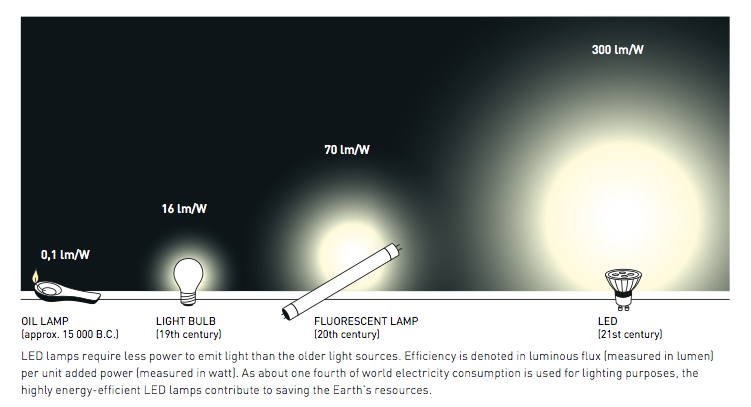 “I (was) not too sure whether I could win a Nobel Prize,” Shuji Nakamura said in a telephone interview after he was informed of the award. “Basically physics, it means that usually people was awarded for the invention of the basic theory. But in my case, not a basic theory. In my case just making the device, you know?”

In traditional electric lighting, most of the energy is lost when it is converted to heat. But LEDs convert electricity directly to light.

The invention was based on over three decades of work and research. And since their discovery in the early ’90s, the technology has rapidly improved: state of the art LEDs are now over four times more efficient than florescents and almost 20 times more efficient than regular light bulbs. Because they last so much longer, LEDs are also less wasteful.

Lighting accounts for about a quarter of the world’s energy consumption. The Climate Group, a nonprofit pushing LED use worldwide, reports that illumination is responsible for over 1,900 million tons of CO2 emissions every year. They calculate that number could be reduced by up to 70 percent, just by replacing traditional streetlamps with LED powered versions. 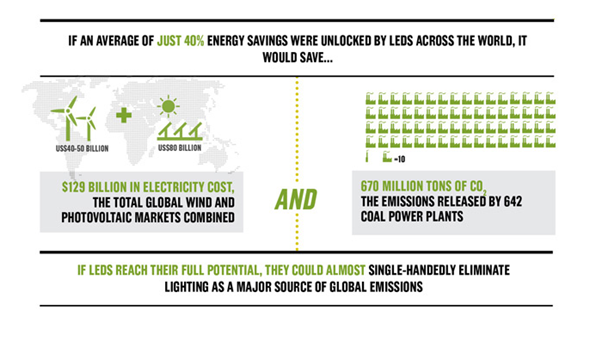 Created by The Climate Group

Last year, the US Department of Energy released a report saying LEDs could halve the country’s usage of electricity for lighting by 2030. The savings would equal the output of fifty 1,000 megawatt power plants, and reduce greenhouse gas emissions as much as taking 40 million cars off the road—not to mention cutting energy bills by $30 billion.

Of course there are still technical developments and obstacles to be overcome before this vision is realized. But it is not far fetched or far off, thanks to the latest Nobel laureates. To learn more about the science behind their world-changing invention (or to send them a quick congratulatory note!) you can head to the prizes’ site.