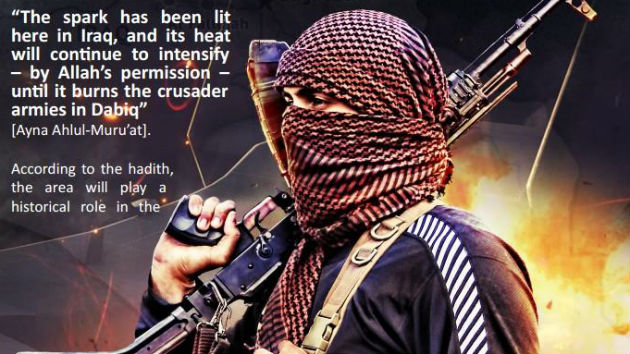 ISIS, the self-proclaimed Islamic state that’s attempting to establish a caliphate across large areas of Iraq and Syria, publishes a glossy English-language propaganda magazine called Dabiq, complete with slick graphics and high-quality photos. Dabiq is one of the group’s recruitment tools, coupled with its strong social media presence. The magazine, whose name references the location of Islam’s mythical Armageddon (a town in northern Syria), bills itself as an “informative” source for the activities of ISIS fighters, while preaching on holy topics and issuing decrees. Its producers claim that Allah approves the message: ISIS has “not a mustard seed of doubt regarding this.”

“If you can kill a disbelieving American or European…or an Australian or a Canadian…then rely upon Allah, and kill him in any manner.”

In any case, the fourth issue of Dabiq just came out, and it justifies all sorts of terrible things ISIS and its fighters may do in the name of Allah. Here are 10 of the worst examples, with quotations:

“We will come to your homeland by Allah’s permission.”

“We will conquer your Rome.”

“We will not rest from our jih?d until we are under the olive trees of Rome, after we destroy the filthy house called the White House.”

“And those who have disbelieved—unto Hell they will be gathered.” (Although, to be fair, some Christians believe the same thing.)

“You are the best people for people. You bring them with chains around their necks, until they enter Islam.”

3. Enslave people, in some cases to save ISIS’s men from temptation

“We will…enslave your women, by the permission of Allah, the Exalted. This is His promise to us…”

“Our children and grandchildren…will sell your sons as slaves at the slave market.”

“The desertion of slavery had led to an increase in f?hishah [adultery, fornication], because the shar’? alternative to marriage is not available, so a man who cannot afford marriage to a free woman finds himself surrounded by temptation towards sin.”

“You will not feel secure even in your bedrooms.”

“You will pay the price when your sons are sent to wage war against us, and they return to you as disabled amputees, or inside coffins, or mentally ill.”

“You must strike the soldiers, patrons, and troops of the taw?gh?t [unbelievers]. Strike their police, security, and intelligence members, as well as their treacherous agents. Destroy their beds. Embitter their lives for them and busy them with themselves. If you can kill a disbelieving American or European—especially the spiteful and filthy French—or an Australian, or a Canadian, or any other disbeliever from the disbelievers waging war, including the citizens of the countries that entered into a coalition against the Islamic State, then rely upon Allah, and kill him in any manner or way however it may be.”

5. Turn women and children into sex slaves and concubines—those you don’t kill

Yazidi “women could be enslaved unlike female apostates who the majority of the fuqah?’ [jurists] say cannot be enslaved and can only be given an ultimatum to repent or face the sword. After capture, the Yazidi women and children were then divided according to the Shar?’ah amongst the fighters of the Islamic State who participated in the Sinjar operations, after one fifth of the slaves were transferred to the Islamic State’s authority to be divided as khums [taxes].”

“One should remember that enslaving the families of the kuff?r [unbelievers] and taking their women as concubines is a firmly established aspect of the Shar?’ah that if one were to deny or mock, he would be denying or mocking the verses of the Qur’?n and the narrations of the Prophet.”

“His provision becomes what Allah has given him of spoils from the property of His enemy,” because “wealth” was only sent to earth to create prayer and “people [with] obedience to Allah are more deserving of wealth.”

“Send them very much, for it will end up as war booty in our hands by Allah’s permission. You will spend it, then it will be a source of regret for you, then you will be defeated. Look at your armored vehicles, machinery, weaponry, and equipment. It is in our hands.”

Allah “legalized war booty” for Muhammad and his ummah [nation]. “War booty is more lawful than other income for a number of reasons.”

“Kill the disbeliever whether he is civilian or military, for they have the same ruling.”

“We did not come as farmers, rather we came to kill the farmers and eat their crops.”

“It has become necessary for a trial to come, expel the filth, and purify the ranks.”

9. Use suicide as a weapon

[Muslims] “are a people who through the ages have not known defeat. The outcome of their battles is concluded before they begin. Being killed—according to their account—is a victory. This is where the secret lies. You fight a people who can never be defeated.”

10. Purport to help people even as you commit horrible atrocities 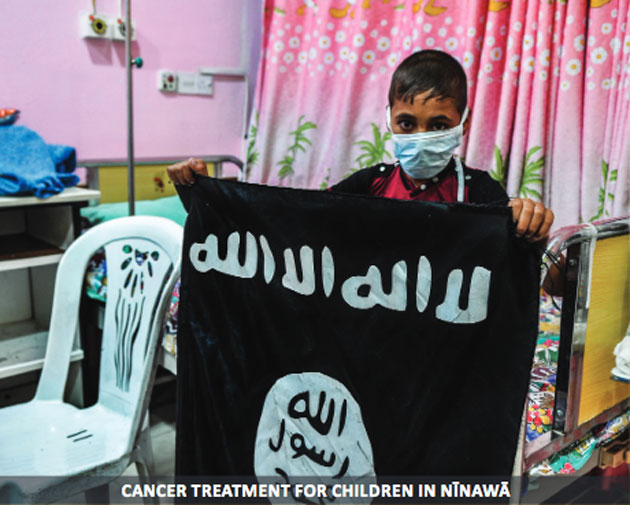