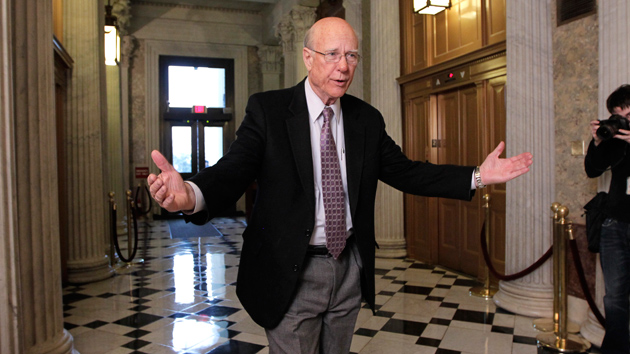 Oh no he didn’t! KHSB Kansas City reported on Wednesday that Sen. Pat Roberts (R-Kan.) skipped a Senate hearing on the Ebola virus last month, even while attempting to use the West African epidemic as a campaign wedge issue. This is part of a trend. On Monday, the Topeka Capital-Journal reported that Roberts had also “skipped the committee’s hearings on avian flu in 2005 and 2006,” but “did author a newspaper editorial in 2005 explaining why he was taking ‘the threat of the bird flu very seriously.'”

If only any of it mattered.

There’s much to criticize about Roberts, who broke his own term limits pledge and has largely forsaken Kansas to establish permanent residence in Northern Virginia. But when it comes to committee attendance, he’s hardly an outlier—drop by a congressional hearing sometime and see for yourself. And maybe that’s not such a bad thing. The hearings candidates are hammered for skipping are long, tedious, redundant, and anachronistic. Far from a roll-up-your-sleeves exercise in cross-examination and investigation, the Washington committee hearing boils down to a simple ritual. Members of Congress are given a short amount of time to demonstrate their understanding of an issue, produce a compelling sound bite for the folks back home, and move the conversation forward with a question.

As a result, the hearing room isn’t where business gets done in Washington; it’s just where members go to grandstand. (They even let Steve Stockman talk at these things.) Hearings’ subject matter reflects this. The 2012 attack on the American consulate in Benghazi, which has become a rallying cry on the right, has been the subject of 13 hearings, and an elephant in the room at countless others. That House Veterans Affairs Committee hearing Braley was hammered for skipping? He missed it to attend a House Oversight and Government Reform Committee hearing…on Fast and Furious, another favorite subject of the fever swamps. Without Hermione Granger’s time-turner, it would have been difficult to attend both.

But behind these political hits is a certain dishonesty. If Roberts (or Braley or Brown or Hagan or Shaheen, for that matter) is half as bumbling and incompetent as his opponents make him out to be, the last thing he should be doing is meddling in the affairs of government. Senator, get thee to a fundraiser!