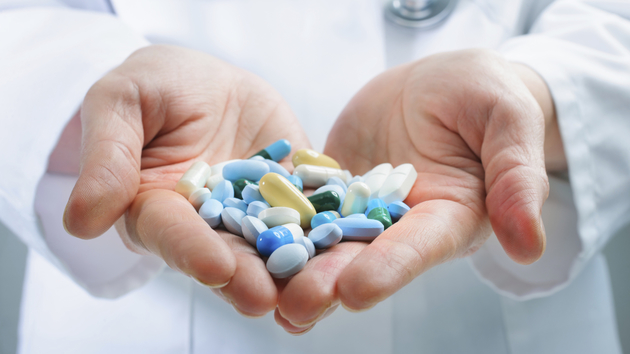 Some hospital patients are on antibiotics for good reason: They have an infection, or they’re at high risk for getting one. But according to a new study, other patients are given antibiotics for no reason whatsoever. Researchers could find “no documented rationale” for 7 percent of surveyed participants who had been given prescriptions.

Scientists from the Centers for Disease Control and Prevention surveyed patients in 183 hospitals across 10 states over the course of five months to capture a clearer picture of how often antibiotics are prescribed, how much is prescribed, and for how long. Of the roughly 11,000 patients surveyed close to half confirmed they had been given antibiotics. Most of this group also reported they were taking more than one form—some up to four different kinds at once.

To understand how to improve antibiotic use, researchers also sought to identify which drugs are most commonly used and why. Though there are 83 different antibiotic drugs available, four specific kinds (parenteral vancomycin, piperacilintazobactam, cefriaxone, and levofloxacin) are used most often, sometimes when they are not the best fit for the infection being treated.

More than 2 million people in the US contract dangerous antibiotic-resistant infections each year, killing more than 23,000.

Antibiotics are essential to battling a variety of bad bugs, and that’s why it is so important that they are used sparingly. Superbugs are developing at an alarming rate, and antibiotic resistance is a worldwide problem. A report released by the CDC last year detailed the rise in “nightmare bacteria” that stand to “pose a catastrophic threat.” More than 2 million people in the US contract dangerous antibiotic-resistant infections each year, killing more than 23,000. The CDC reports that even more die from complications from those infections. And, because these infections require long hospital stays and prolonged treatment, the cost is immense. Some estimates range as high as $20 billion in healthcare costs and up to $35 billion for productivity lost.

There have been attempts to curb the demand for the drugs, and the CDC even implemented a “Hospital Antibiotic Stewardship Program,” intended to improve the way doctors prescribe the drugs. But researchers involved in this study say more needs to be done. “To minimize patient harm and preserve effectiveness, it is imperative to critically examine and improve the ways in which antimicrobial drugs are used,” they write. “Improving antimicrobial use in hospitals benefits individual patients and also contributes to reducing antimicrobial resistance nationally.”