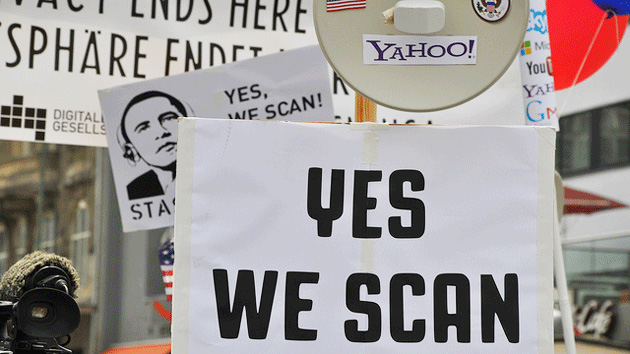 Yahoo has just released 1,500 pages of previously classified documents relating to its legal challenge to the government’s warrantless wiretapping program. Yahoo lost the case in 2008 and was ordered to cooperate with National Security Agency or face a $250,000 fine for every day that it withheld its customers’ data. The ruling in Foreign Intelligence Surveillance Court, which was released to the public only in heavily redacted form, became a legal precedent for the warrantless wiretapping program that was later revealed by NSA whistleblower Edward Snowden.

Today, based on a successful appeal by Yahoo, a slightly less redacted version of that court ruling finally became public.

Below, I’ve posted the more lightly redacted version released today as well as the redacted version of the ruling released in 2008. A side-by-side reading of the two documents may offer some insight into how the government has sought to cover up the true nature of its surveillance activities, or it might just be an example of how little has changed.

The new version of the ruling is notable for what it doesn’t disclose: Key evidence presented by the government. A block of text that had previously been removed from the ruling still does not fully explain why warrantless searches are necessary to thwart terrorists:

Scanning the 1,500 pages of newly unsealed documents will take a while. Here are few examples of new information contained in the partially unredacted ruling:

You can help us out by pointing out any other interesting tidbits in the comments; we’ll note additional highlights here if we find anything worth noting.