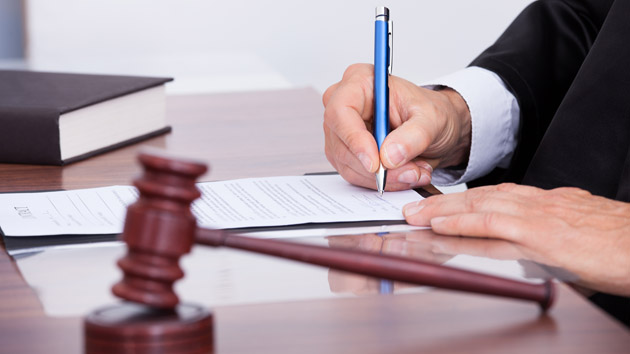 On Thursday, federal judge Richard Posner of the Seventh Circuit Court of Appeals affirmed a lower court’s ruling striking down gay marriage bans in Wisconsin and Indiana. This marks the 22nd time since the Supreme Court struck down the Defense of Marriage Act last year that a federal court has found bans on same-sex marriage unconstitutional. On Wednesday, a different federal judge issued an opinion upholding Louisiana’s ban, making the total post-DOMA record 22-1.

Posner’s opinion is special, though, because, as Gawker notes, it’s, well, amazing. And bitchy. And delicious.

Our pair of cases is rich in detail but ultimately straight-forward to decide. The challenged laws discriminate against a minority defined by an immutable characteristic, and the only rationale that the states put forth with any conviction—that same-sex couples and their children don’t need marriage because same-sex couples can’t produce children, intended or unintended—is so full of holes that it cannot be taken seriously.

Indiana defended its ban by arguing that the state had no reason to extend marriage to gay people because gay people can’t have children—that marriage is designed, in part, to force fathers in hetereosexual relationships to raise children they may or may not have wanted.

At oral argument the state‘s lawyer was asked whether “Indiana’s law is about successfully raising children,” and since “you agree same-sex couples can successfully raise children, why shouldn’t the ban be lifted as to them?” The lawyer answered that “the assumption is that with opposite-sex couples there is very little thought given during the sexual act, sometimes, to whether babies may be a consequence.” In other words, Indiana’s government thinks that straight couples tend to be sexually irresponsible, producing unwanted children by the carload, and so must be pressured (in the form of governmental encouragement of marriage through a combination of sticks and carrots) to marry, but that gay couples, unable as they are to produce children wanted or unwanted, are model parents—model citizens really—so have no need for marriage. Heterosexuals get drunk and pregnant, producing unwanted children; their reward is to be allowed to marry. Homosexual couples do not produce unwanted children; their reward is to be denied the right to marry. Go figure.

My favorite bit is Posner’s response to Indiana’s assertion that “homosexuals are politically powerful out of proportion to their numbers.”

No evidence is presented by the state to support this contention. It is true that an increasing number of heterosexuals support same-sex marriage; otherwise 11 states would not have changed their laws to permit such marriage (the other 8 states that allow same-sex marriage do so as a result of judicial decisions invalidating the states’ bans). No inference of manipulation of the democratic process by homosexuals can be drawn, however, any more than it could be inferred from the enactment of civil rights laws that African-Americans “are politically powerful out of proportion to their numbers.” It is to the credit of American voters that they do not support only laws that are in their palpable self-interest. They support laws punishing cruelty to animals, even though not a single animal has a vote.