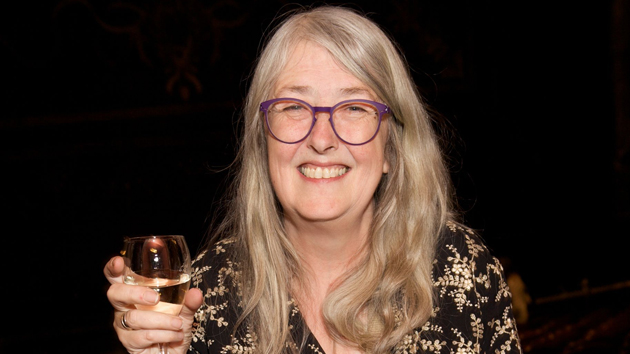 Here is a partial list of things for which the British historian Mary Beard has gained reverence and notoriety:

You can read all about it in Rebecca Mead’s excellent new New Yorker profile on the endlessly fascinating Cambridge don. It opens on a lecture that Beard gave earlier this year at the British Museum, titled “Oh Do Shut Up, Dear!,” on the long literary history of men keeping women quiet, from the Odyssey‘s Penelope ordered upstairs to her weaving by her son—”Speech will be the business of men,” he says—to the death threats, rape threats, and general nastiness that Beard and other outspoken women get online. (“I’m going to cut off your head and rape it,” read one of her tweet mentions.) For her part, Beard does not subscribe to the “don’t feed the trolls” school of thought when it comes to dealing with online assailants. She engages, both publicly and privately, often with surprising results:

She has discovered that, quite often, she receives not only an apology from them but also a poignant explanation…After a “Question Time” viewer wrote to her that she was “evil,” further correspondence revealed that he was mostly upset because he wanted to move to Spain and didn’t understand the bureaucracy. “It took two minutes on Google to discover the reciprocal health-care agreement, so I sent it to him,” she says. “Now when I have a bit of Internet trouble, I get an e-mail from him saying, ‘Mary, are you all right? I was worried about you.'”

Fun stuff. And when you’re done with Mead’s piece, check out Beard’s latest book, Laughter in Ancient Rome: On Joking, Tickling, and Cracking Up.