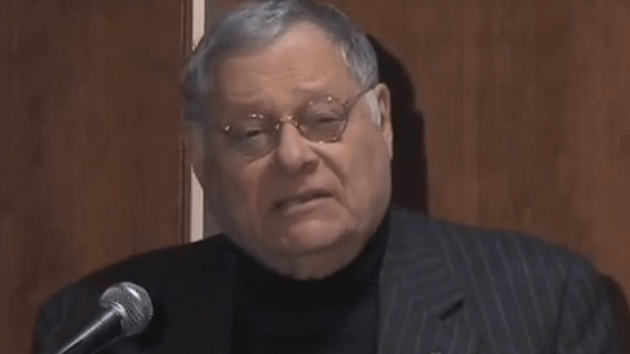 A former university president came under fire this week for the advice he gave on how to combat sexual assault on college campuses. On Tuesday, George Washington University President Emeritus Stephen Trachtenberg appeared on NPR’s Diane Rehm Show and said, “Without making the victims responsible for what happens, one of the groups that have to be trained not to drink in excess are women. They need to be in a position to punch the guys in the nose if they misbehave.” Critics pounced. Jezebel slammed his comments as “jaw-droppingly stupid,” and the website noted, “If this is the attitude freely and blithely expressed by a former University President, it’s no wonder that more than 75 schools are currently under investigation by the Department of Education for botching sexual assault investigations.”

The following day, Trachtenberg told the school newspaper, The GW Hatchet, that his remarks had been taken “out of context,” but he reiterated his main point: “What I’m saying is you want to have somebody you care about like your daughter, granddaughter or girlfriend to understand her limits because she will be less likely to be unable to fight off somebody who is attacking her.”

On Thursday, Mother Jones asked Trachtenberg to comment on the ongoing controversy, and he replied with a written statement. Regarding Jezebel, he said:

Jezebel has a world view that informs their prose. They are an advocate for an important cause and they take every opportunity to make their case. Sometimes in their enthusiasm they may get a little overheated. It’s hard to resist an apparent opportunity when you believe you are on the side of the angels.

In response to other questions—including why he chose to use the word “misbehave” to describe sexual assault—Trachtenberg said:

I chose that word because I was thinking and speaking quickly under time constraints on a radio show. Under different circumstances I might have used another perhaps stronger word. I am an educator. I believe in the power of education. I think that education about drinking and its effects on an individual can help protect that person from vulnerability. Knowledge makes one stronger. I also believe that having skills gives one power. If you know how to defend yourself you have strength that can be helpful in the event things turn physical. These two ideas are not meant to solve all problems. They are not blame shifters. They are what they are. Better to know things then not. No silver bullets here. We need to educate men too. Date rape is largely the responsibility of young men and alcohol and opportunity. We can address these issues as a community. Men and women and institutions together. Victims should do their best but they are victims and not to blame. My recommendation is to change the culture of the campus so that men and women protect and nurture each other as a family would. It will take work but it can be done.

Is this an apology? You be the judge.