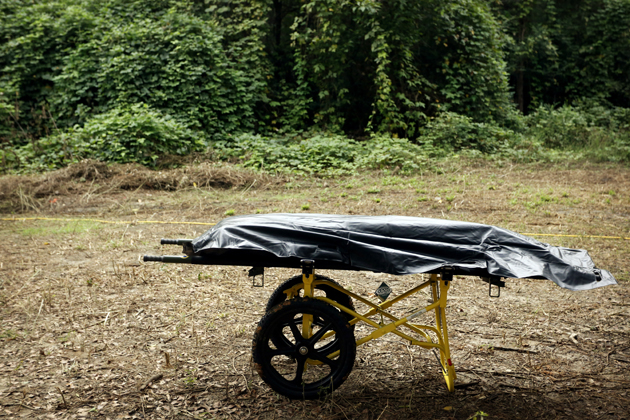 The first remains removed from the cemetery at the Arthur G. Dozier School for Boys in Marianna, Florida, in September 2013.Edmund D. Fountain (pool)/AP

Researchers from the University of South Florida have positively identified the remains of a 14-year-old boy who died at the notorious Arthur G. Dozier School for Boys more than 70 years ago.

George Owen Smith’s remains were unearthed as part of the effort to find, exhume, and identify dozens of children who died at the northern Florida school. The school, opened in 1900, was closed by the state in 2011 after a Department of Justice investigation found “systemic, egregious, and dangerous practices.” Even though school officials deny it, former students claim the school’s staff would routinely abuse students, including allegations of sexual abuse and murder. At least 96 children died at the the school between 1914 and 1973, according to records, with 7 of those deaths listed as the result of escape attempts.

It’s unclear how Smith died. According to the USF researchers, he was sent to the school in 1940 at the age of 14. In December 1940 his mother asked the school how he was doing and was told they didn’t know where he was. A month later the family was told Smith was found dead under a house after escaping from the school. When the family came to the school to get his body, they were showed a freshly-covered grave without any marking. Now, 73 years later, Smith’s body was the first to be identified as part of the USF project. The researchers plan to continue excavating the unmarked graves until next summer.

While most boys at Dozier had it bad, the situation was probably worse for black students. Five African-American former students returned to the school in 2013 to recount their experience on “the black side” of the school, where work was harder, and the threat of abuse was ever present. “It was kind of like slavery,” one of the men told photographer Nina Berman. Read more about their journey and see Berman’s photographs in this Mother Jones story. 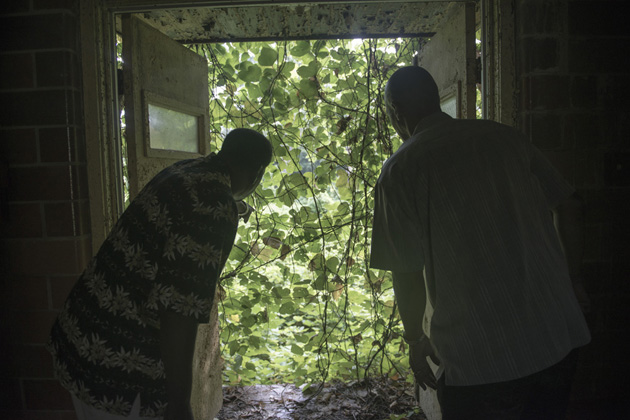 “To go inside of it was…a feeling like you’re there again,” says former student Richard Huntly. “You’re under the spell of the Florida School for Boys.” Nina Berman