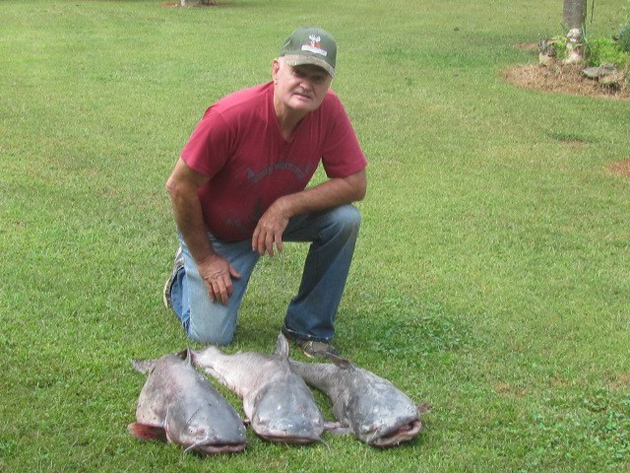 They did it again. On Thursday, Tennessee Democrats picked a statewide candidate with zero political experience. His campaign platform is based on sending incumbent Gov. Bill Haslam (R) to the electric chair. Charlie Brown, a retired engineer from Oakdale whose name is misspelled on his own Facebook page, may owe his victory in the gubernatorial primary to appearing as the first name on the ballot. But he gives full credit to God. “I got down on my knees and prayed about it,” he told Mother Jones, when asked about his campaign strategy. “That hit you pretty hard, huh? That took you for a loop, huh?”

In 2012, anti-gay activist Mark Clayton, who also had no political track record won the nod to take on GOP Sen. Bob Corker. His name was also the first name listed on the ballot. Clayton initially filed to run against Haslam this year but was rejected by the state party. The state party did not, however, unite behind a more experienced candidate to challenge the popular Haslam.

The 72-year-old Brown did not raise money or campaign actively for the seat. Instead, he sent two letters to the editor to every major newspaper in the state, outlining his plans for Tennessee, which included bringing back teacher tenure, restoring benefits for civil servants, spending his gubernatorial salary on large deer for hunters, and raising speed limits on the interstate highways to 80 mph “because everyone does anyway.” (Brown says he has been pulled over for speeding, but “not lately.”) “Let me give you something: My main interest is to put the Bible back in school,” he said on Friday. “You can write that down.”

“I’d still like to put his butt in that electric chair and turn it on about half throttle and let him smell a little bit,” Brown said of Haslam. “You can print that if you want to.”

Shortly before the election, he says a higher power intervened on his behalf. “I was sitting on the interstate waiting on a guy,” he said, “and something hit me just like that, and it said to get down on your knees to pray. I got down right there on the interstate. There’s a wide place, where there’s a pullout. There wasn’t anybody there. And I got down and asked the Lord to get me through this thing and he did. Now listen, I’m not no preacher, I’m just a Christian. I’m just a sinner saved by grace. I’m just like everybody else.”

Brown said he would update his Facebook after he got off the phone (it has since been taken down), and plans to campaign more actively in the fall, but downplays the uphill challenge he faces.

“I’m gonna campaign big time!” Brown said. “They said I was unknown—I’ve been in the newspaper for years under Peanuts!”