Early August 1966, Christian groups, primarily in the Southern United States took to the streets to burn the sin out of their beloved Beatles records in response to John Lennon’s remark that the Beatles were “more popular than Jesus.” 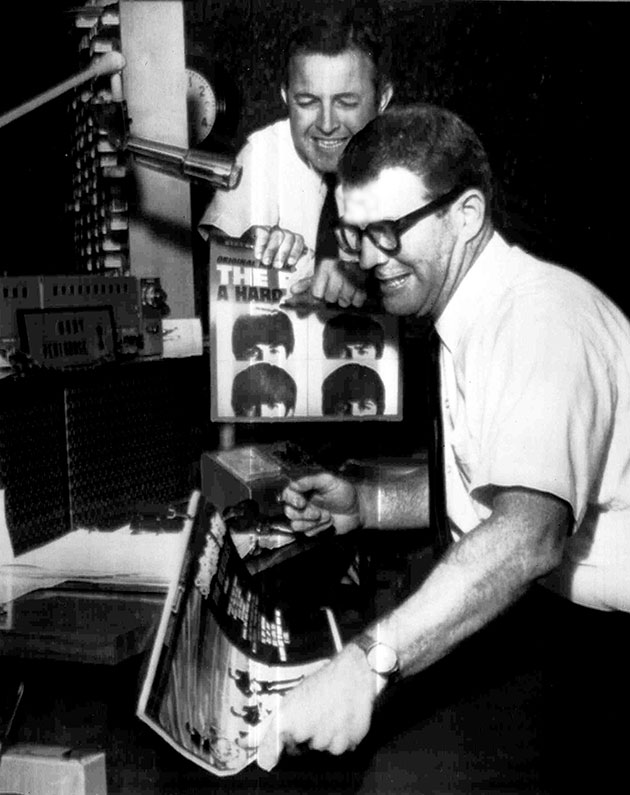 Like all good moments of mass hysteria, getting a little context helps put things in perspective.

The quote originally appeared in March 1966, in part of an interview with Lennon published in the London Evening Standard. The interviewer, Maureen Cleave, commented that Lennon was at the time reading about religion. Here is the full, original quote from Lennon:

Christianity will go. It will vanish and shrink. I needn’t argue about that; I’m right and I’ll be proved right. We’re more popular than Jesus now; I don’t know which will go first—rock ‘n’ roll or Christianity. Jesus was all right but his disciples were thick and ordinary. It’s them twisting it that ruins it for me.

In late July, five months after its original publication, a U.S. teen mag called Datebook republished the interview with Lennon. Turning to the tried and true method of generating scandal to gin up sales, Datebook put the “We’re more popular than Jesus” part of the quote on the cover. Woo-boy. Two Birmingham DJs picked up on the quote, vowing to never play the Beatles and on August 8th, started a “Ban the Beatles” campaign. Christian groups across the South rose up to protest the Beatles who, as it happened, were just about embark on what would be their last U.S. tour. Beatles records were burned, crushed, broken. Never a group to miss out on a good bonfire, the Ku Klux Klan got involved. 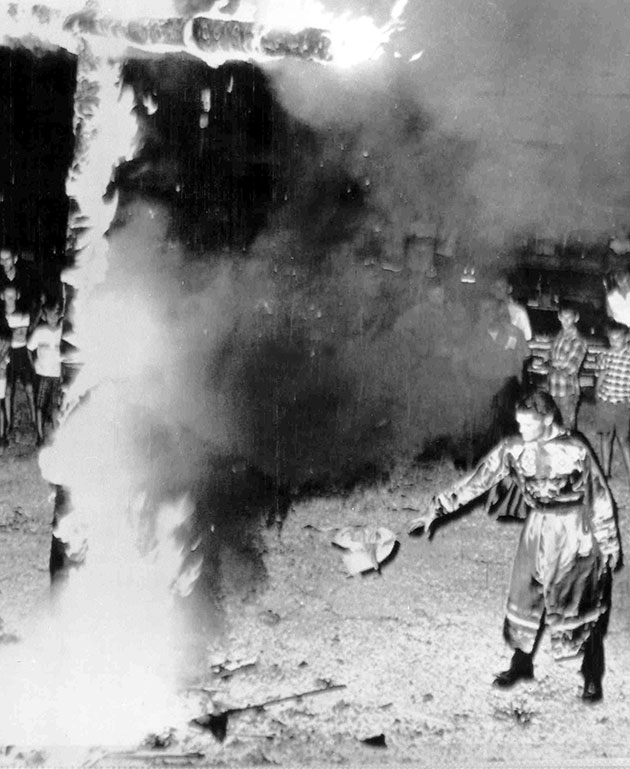 South Carolina Grand Dragon, Bob Scoggin of the Klu Klux Klan tosses Beatle records into the flames of a burning cross, in Chester, South Carolina, Aug. 11, 1966. The “Beatle Bonfire” was staged to take exception to a statement attributed to John Lennon, when he was quoted as saying that his group was more popular than Jesus. AP

On August 12, 1966 the Beatles set out on tour, meeting protests and stupid questions about the quote all along the way. It would be the last tour the Beatles would ever do in the United States, ending on August 29 at Candlestick Park in San Francisco. 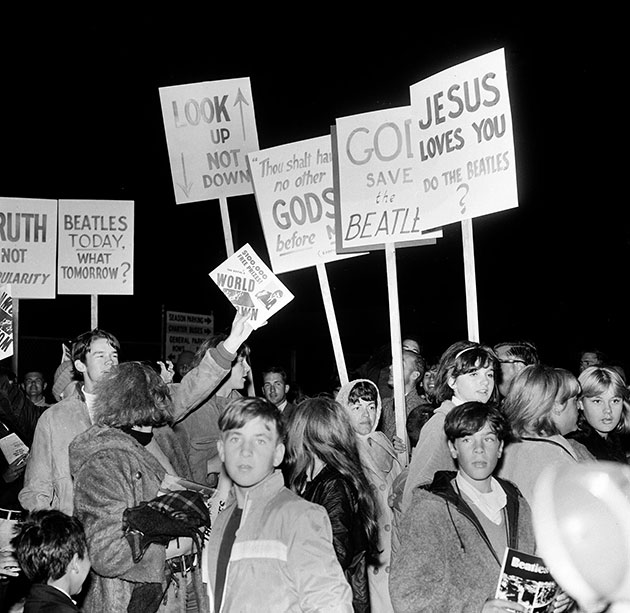 Young churchfolk from Sunnyvale on the San Francisco peninsula protest against the Beatles and John Lennon’s remark that The Beatles are “more popular than Jesus” outside Candlestick Park where the Beatles are holding a concert in San Francisco, Ca., Aug. 29, 1966. The picketers were seen by many of the teenagers but missed by the entertainers, who arrived and departed from a different direction. Some 25,000 fans went through the gates for The Beatles’ final U.S. performance on their tour. AP