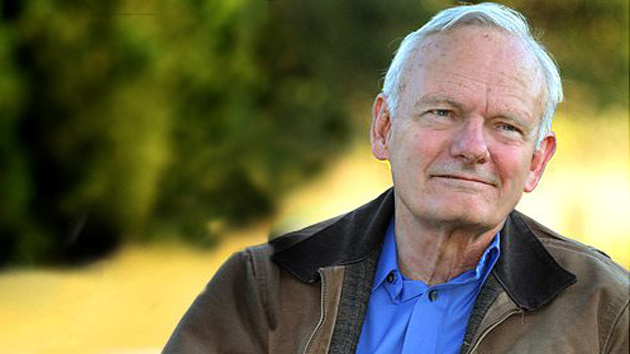 In the run-up to this fall’s rematch against Rep. Pete DeFazio (D-Ore.), Republican Art Robinson is making an unusual ask.

“My name is Art Robinson,” read one of the mailers he sent to 500,000 Oregon residents in March. “I am a scientist who has lived and worked in Josephine County for 34 years. My colleagues and I are developing improved methods for the measurement of human health. Please consider giving us a sample of your urine.”

Robinson is a scientist, and that’s part of the problem. For the last three decades, when he’s not running for office, the Caltech-educated chemist has run a research nonprofit out of a family compound in the mountain town of Cave Junction, near the California border. In a monthly newsletter called Access to Energy, Robinson has used his academic credentials to float theories on everything from AIDS to public schooling to climate change (which he believes is a myth). In perhaps his most famous missive, Robinson once proposed using airplanes to disperse radioactive waste on Oregon homes, in the hopes of building up resistance to degenerative illnesses.

“All we need do with nuclear waste is dilute it to a low radiation level and sprinkle it over the ocean—or even over America after hormesis is better understood and verified with respect to more diseases,” Robinson wrote in 1997. He added, “If we could use it to enhance our own drinking water here in Oregon, where background radiation is low, it would hormetically enhance our resistance to degenerative diseases. Alas, this would be against the law.” (Robinson has since clarified that such proposals would be politically untenable.)

In another essay, he called public education “the most widespread and devastating form of child abuse and racism in the United States,” leaving people “so mentally handicapped that they cannot be responsible custodians of the energy technology base or other advanced accomplishments of our civilization.”

Robinson theorized that the government had overhyped the AIDS epidemic in order to force social engineering experiments on those aforementioned public school students. The truth, he contended, was far more complex:

There is a possibility that the entire ‘war’ on HIV and AIDS is in error. U.S. government AIDS programs are now receiving $6 billion per year and are based entirely upon the hypothesis that HIV virus causes AIDS. Yet, the articles referenced above and numerous additional publications by scientists who have become involved in this controversy state that: attempts to cause AIDS experimentally with HIV have completely failed; thousands of AIDS victims are HIV-free; and HIV shows none of the classical characteristics of a disease-producing organism. Moreover, AIDS is not a unique disease—it is an increased susceptibility to many ordinary diseases presumably as a result of depressed immune response. This depressed immunity can result from many other factors including those especially prevalent in the AIDS afflicted population—drug abuse and unhygienic exposure to very large numbers of different disease vectors. Moreover, large numbers of HIV carriers who are symptom-free are being treated by powerful life-threatening drugs that kill people in ways very similar to AIDS.

Those writings have become an albatross in his repeated challenges to DeFazio, who has publicized Robinson’s work. Robinson lost by 10 points in 2010, and then by 20 two years later in a district that had become more Democratic after redistricting. Last year, he entered the GOP primary yet again (on a whim one day while driving past the clerk’s office), and won the nomination by default in May when no other candidates materialized. Adding to the uphill odds is the fact that Robinson now has a second job: Since last August, he’s served as the chair of the Oregon Republican Party.

As for the urine samples, Robinson told the Roseburg (Ore.) News-Review he received 1,000 in response, which will go toward a study on aging. His campaign might not be worth a bucket of warm piss. But at least he’ll have plenty of it to fall back on.