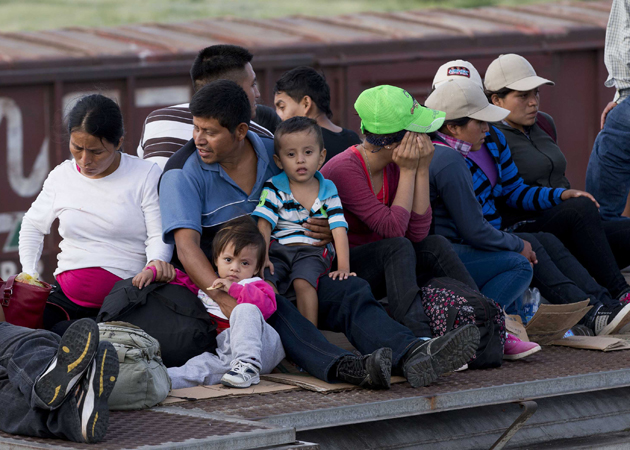 The federal government will tell you that it has heard the cries of the anti-immigrant protesters and created policies to slow down the surge of children picked up by the US Border Patrol. By coordinating with Central American governments, using US-produced TV ads to urge kids to avoid the perilous journey, and attempting to speed up court proceedings, the administration is trying to at least partially take credit for the recent dip in the number of unaccompanied children caught at the border.

But those claims are “just conjecture,” says Adam Isacson, a senior associate at the nonprofit Washington Office on Latin America. Isacson, who focuses on regional security policy, says that it’s simply too early to tell exactly what’s going on. The ad campaigns could be dissuading some people, he says, as could the fact that the story has become such a hot topic in Central America. Or perhaps people were already planning to stop coming now that the rumored “permisos”—which allegedly would have granted free passing for unaccompanied children and mothers traveling with children—were supposedly set to end in June. There’s also the fact that the rainy season starts in midsummer and provides more agricultural work in Central America than during other times of the year.

In other words, a lot of factors are at play. But the slowdown in the number of children picked up over the last few weeks also seems entirely predictable: Since 1999, the overall number of undocumented migrants apprehended by the Border Patrol has peaked in the spring before dropping precipitously during the summer months. In Texas’ Rio Grande Valley area—the area seeing the most child migrants—July temperatures reach well up into the 90s, and often higher. Here’s a month-by-month look at apprehensions in the Rio Grande Valley Border Patrol sector:

The heat and the unforgiving terrain has very real consequences for would-be immigrants across the desert Southwest. Humane Borders, a Tucson, Arizona-based humanitarian organization, tries to “take death out of the immigration equation,” says executive director Juanita Molina, by leaving drinking water in routes frequented by migrants. More than a decade ago, the group, along with the Pima County medical examiner’s office, started tracking dead undocumented migrants found in the area. Many of the 2,187 bodies found since January 2001 were skeletal remains, so a cause of death was hard to determine. But 969 of them were listed as having died from exposure. The vast majority were also found in July:

Molina says there are many factors that could influence overall migration patterns: harvest season, weather, politics, among others. But the weather is among the biggest factors. “I think it’s completely cyclical with the seasons,” she says. “Unfortunately, politicians on both sides of the fence are using this opportunity to push forward whatever agenda they have.”

To be sure, fluctuations in overall apprehension numbers are symptomatic of a complex immigration system dependent on factors spread across several countries. Solid answers won’t be available until January 2015, Isacson says, when it’s possible to compare apprehension numbers from 2014 to previous years.

But we can say for sure that it’s a little early for the White House, immigration hardliners, or anyone else to be taking credit for bringing the numbers down. After all, Mother Nature might be playing the biggest role so far.