Video puporting to show smoke from the site of the crashYouTube

On Thursday, Malaysia Airlines lost contact with Flight MH17, and, according to media reports, it crashed in Ukraine’s embattled Donetsk region. The flight was carrying 295 passengers and crew and heading from Amsterdam to Kuala Lumpur. An unconfirmed report from Interfax says MH17 was shot down.

Anton Gerashenko, an adviser to Ukraine’s minister of the interior, wrote on his Facebook page that the plane was hit by a missile fired from a Buk missile system, according to the AP. But there was no immediate confirmation. A defense official with the Ukrainian separatists denied that the rebels were involved in downing the plane.

Passenger jets have been shot down in the past. Below is a list of five previous episodes. 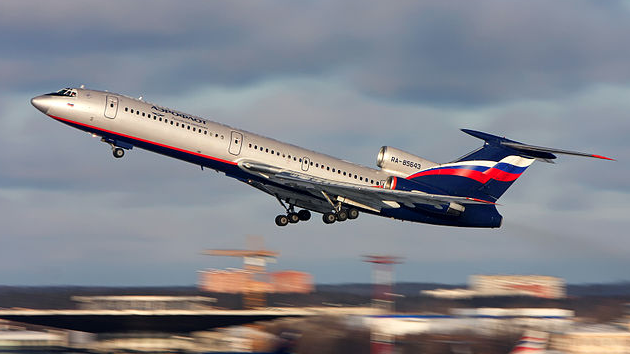 Siberian Airlines Flight SB 1812, flying from Tel Aviv over the Black Sea, was shot down by a missile, killing all 78 people on board. Yevhen Marchuk, the head of the Ukrainian Security Council, acknowledged that a missile shot down the plane. “The reason for the crash could be an unintentional hit by an S-200 missile during the Ukrainian air defense exercises,” he said. 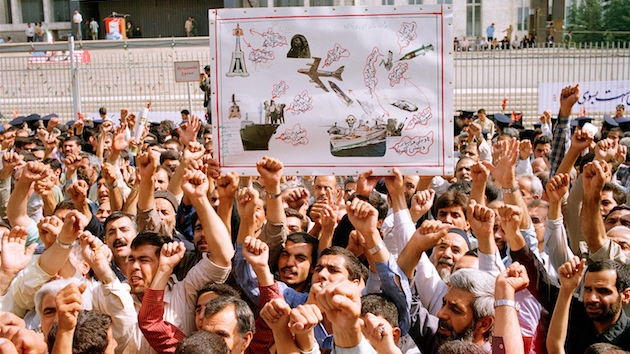 Iranians demonstrate against the US at a mass protest for Flight 655 victims. Canadian Press/AP

Iran Air Flight 655, flying over the Persian Gulf and bound for Dubai, was shot down by an American naval warship, killing all 290 people on board. According to Navy officials, the ship, which had been exchanging fire with Iranian vessels, fired missiles at the plane because the crew mistook it for a F-14 fighter jet. The government in Tehran didn’t see the shooting as an accident, and the incident caused political ramifications that resonate to this day. 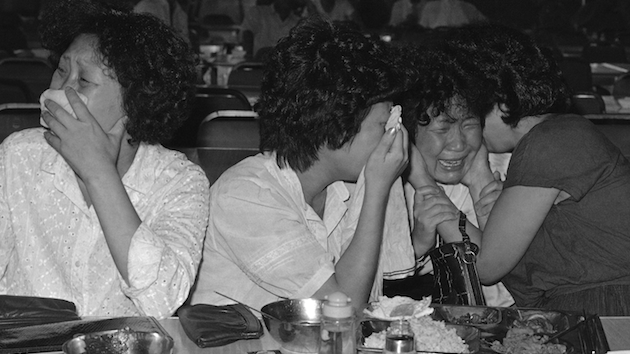 Family of a Flight 007 passenger break down as South Korea confirms the crash. Kim Chon-Kil/AP

Headed from New York to Seoul, KAL Flight 007 was shot down by the Soviet Union near Moneron Island. After leaving Anchorage to make the last leg of its journey, the plane drifted slightly off course and edged into Soviet airspace. The Boeing 747 didn’t look too different on radar from the RC-135s that the US government used for surveillance in the area, prompting the Russians to scramble a fighter jet that fired two missiles at Flight 007, killing all 269 passengers and crew members onboard. Afterward, the Soviets claimed that the flight was on a spying mission for the United States. Soviet leader Yuri Andropov called the flight a “sophisticated provocation masterminded by the US special services with the use of a South Korean plane.” Lt. Colonel Gennadi Osipovich, the Soviet pilot who fired the missiles that brought down the plane, continued to insist long after the incident that “it was a spy plane.” But when the Cold War ended the Russians recanted, with Russian leader Boris Yeltsin turning over flight data and recordings to the president of South Korea. 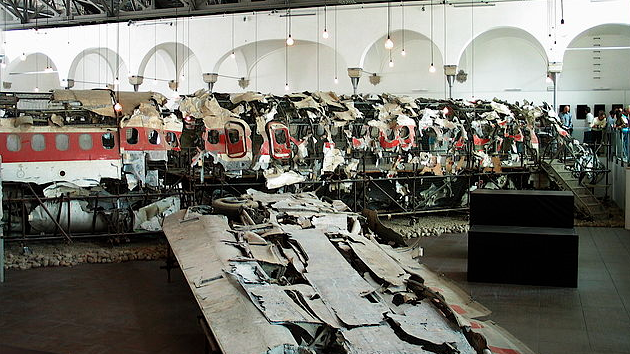 The reassembled Itavia plane displayed at the Museum for the Memory of Ustica. Luca Ghedini/Wikimedia

Itavia Flight 870 was flying from Bologna, Italy, to Palermo, Sicily, when it crashed, killing 80 people on board. In 2013, Italy’s highest court “implicitly acknowledged the most widely accepted theory behind the crash: that a missile fired by a warplane” hit the aircraft, the New York Times reported. But Italian officials did not confirm where the warplane came from. 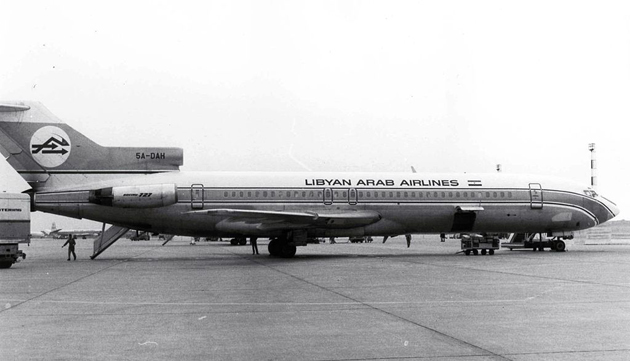 The Libyan Arab Airlines plane that would later be shot down by Israel. Piergiuliano Chesi/Wikimedia

The aircraft was shot down by Israel after instrument failure and bad weather caused the flight to veer off course. The Boeing 727 departed from Tripoli, Libya, and was on its way to Cairo, Eygpt. But after a short stop in Benghazi, it ran into a sandstorm and headed into the Sinai desert, controlled by the Israeli government after the Six Day War. The Israeli Defense Forces, on alert due to regional tensions that would soon cause the Yom Kippur War, sent two Phantom fighter jets after the Libyan flight. When the plane did not follow commands, the Israeli jets fired on the aircraft. It crashed in an emergency landing that killed 108 of the 113 passengers.