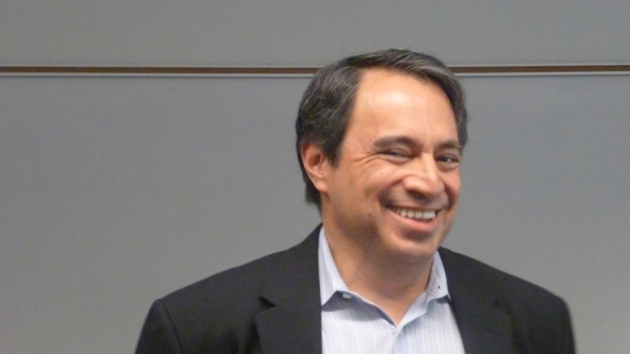 “Marriage is something more for religion to decide,” Republican front-runner Pedro Celis said Thursday when asked about his stance on same-sex marriage at a GOP candidate forum, the Seattle Times reported. “Is this marriage or not? Polygamy—is it fine or not? It’s a religion thing.”

The National Republican Congressional Committee has backed Celis, a former Microsoft engineer, to run against Democratic Rep. Suzan DelBene in Washington’s first congressional district. DelBene is expected to hold onto her seat in November, but national Republicans are trying extra hard to change that. The NRCC recently bumped Celis into the highest tier of its candidate recruitment and training program. Celis is now a “Young Gun,” meaning that the committee considers him to be on a “clear path to victory.”

In 2012, Celis voted against Washington’s initiative to legalize gay marriage. He says same-sex marriage issues are best left to the states.

Celis wasn’t the only one to express interesting views on same-sex marriage at Thursday’s event. Another GOP contender, former county council staffer Ed Moats, said “homosexual marriage” is “anthropologically regressive.” The Republican primary will be held on August 5.

Before this event, Celis had said his campaign was focused on Obamacare and jobs.