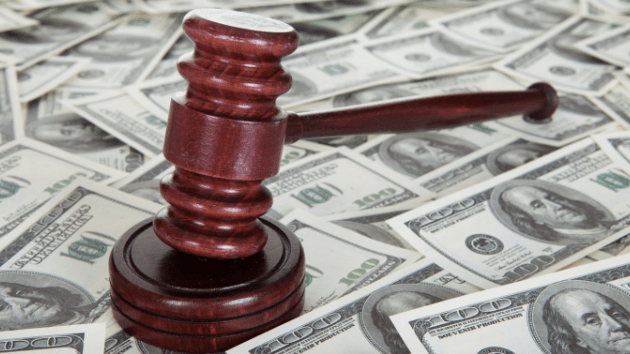 Over the past two years, at least four Republican-controlled states have paid nearly $200,000 in taxpayers funds to Vincent Rue—a marriage therapist whose testimony has been repeatedly disregarded by judges—to help defend ultra-strict abortion laws in court.

Rue, who holds a doctorate in family relations from the University of North Carolina School of Home Economics, has claimed that “abortion reescalates the battle between the sexes” and “abortion increases bitterness toward men.” For decades, he has strived to convince mainstream researchers to recognize “post-abortion syndrome,” a supposed mental illness resulting from abortion.

But “after submission for peer review by scientists with the Center for Disease Control, the National Center for Health Statistics and other scientific institutions, [Rue’s] study was found to have ‘no value’ and to be ‘based upon a priori beliefs rather than an objective review of the evidence,'” according to Daniel Huyett, a federal judge who disregarded Rue’s testimony in Planned Parenthood v. Casey, a landmark 1990 abortion case that eventually ended up before the Supreme Court. “His testimony is devoid of…analytical force and scientific rigor,” Huyett added. “Moreover, his admitted personal opposition to abortion, even in cases of rape and incest, suggests a possible personal bias.” Rue “possesses neither the academic qualifications nor the professional experience of plaintiffs’ expert witnesses,” another federal judge wrote in 1986 after hearing Rue’s testimony in another landmark abortion case, Hodgson v. Minnesota.

Rue “has been really thoroughly discredited by trial courts,” says Priscilla Smith, who faced Rue many years ago as a litigator and now directs the Yale Law School’s reproductive justice studies program. (Rue said he couldn’t comment for this story without the permission of the state attorneys general who’ve hired him.)

But Rue’s history hasn’t prevented Republican administrations in Alabama, North Dakota, Texas, and Wisconsin from giving him lucrative work as a legal consultant. These days, though, he rarely testifies himself. Instead, he works behind the scenes to handpick expert witnesses, write reports, and guide states’ legal strategies for defending abortion restrictions. From 2012 to 2014, North Dakota paid Rue $19,936 to help defend its six-week abortion ban—which legal scholars criticized as patently unconstitutional. (A federal court struck down the ban in April; the state is appealing.) In the same time period, Alabama paid Rue $79,087.50 to defend a law that requires abortion providers to obtain admitting privileges with a local hospital. (The law threatens to shut down three of Alabama’s five abortion clinics; the case, brought by Planned Parenthood, is ongoing.) In 2014, Texas paid Rue $36,392 in “other witness fees” for work on an unspecified lawsuit.

In the past few weeks, witnesses selected by Rue appeared in federal court to defend Wisconsin’s new admitting privileges law. The Wisconsin Department of Justice has paid Rue $20,000 so far, and expects to eventually dole out a total of $47,362.50, according to documents obtained by The Daily Page, the Wisconsin website which first reported Rue’s involvement in the case. The state has paid two of the expert witnesses Rue brought to the case an additional $50,000.

“The taxpayers of Wisconsin are paying [Rue] a lot of money for quack science, basically,” says state Rep. Chris Taylor, a Democrat who voted against the admitting privileges law.

One witness Rue drafted was David Merrill, a Milwaukee OB-GYN and a member of the American Association of Pro-Life Obstetricians and Gynecologists (AAPLOG), a medical association responsible for propagating a number of myths about abortion. Merrill testified that requiring abortion providers to have hospital admitting privileges made women safer than current Wisconsin law, which requires abortion providers to have written transfer agreements with hospitals. But when questioned by the judge, Merrill struggled to articulate why the admitting privileges requirement was an improvement:

Another witness Rue recruited for the Wisconsin case is a Milwaukee OB-GYN and AAPLOG member named James Linn. Linn signed an AAPLOG letter arguing that oral birth control can cause abortions—an assertion that has been roundly rejected by mainstream medical associations. “I think it’s true that abortion clinics in Wisconsin are unlicensed and uninspected,” Linn testified. But he conceded that this opinion wasn’t based on any real-life experience, and that he may have heard this assertion for the first time when he read the report Rue wrote for him to sign and submit to the court.

A third witness, John M. Thorp, an OB-GYN at the University of North Carolina Hospital, based his testimony on a study he wrote for a pay-to-publish journal, rather than a traditional academic journal, which doesn’t charge its authors to print their work.

Thorp’s report to the court claimed that a small but significant percentage of abortions, 2 to 10 percent, result in complications. On cross-examination, Thorp admitted that he misplaced a decimal point—the report should have read .2 to 10 percent. Thorp’s method for reaching 10 percent was also dubious. He explained that he arrived at 10 percent by adding up the highest rates of complication in abortions found in several other studies—which added up to 7 percent. He then inflated 7 percent to 10 percent because he suspected that abortion providers underreport complications. When the cross-examining attorney noted that he hadn’t accounted for the fact that some patients may experience several complications, Thorp said, “So make it to account for overlap, and knock a point off.”

Thorp is one of several witnesses Rue has tapped repeatedly. Rue engaged James C. Anderson, a Virginia emergency room physician, to testify not only in Wisconsin, but also in Alabama, Alaska, North Dakota, and Texas. Thorp testified in the Wisconsin, Alabama, and North Dakota lawsuits. (Thorp, when he testified in Wisconsin, said he didn’t remember whether or not Rue enlisted him.) In addition to paying Rue his fees, Alabama, Wisconsin, and North Dakota paid Thorp and Anderson more than $100,000. The Wisconsin DOJ paid Thorp $30,000: $500 per hour for his prep work and $5,000 per day for time spent testifying. It paid Anderson $20,000.

Rue often drafts written testimony for his star witnesses. In Alabama, Anderson testified that Rue had written his supplemental report to the court—Anderson had merely signed his name to it. When pressed by the judge, Anderson revealed that Rue had provided most of the research for his main report, too:

A spokeswoman for the Wisconsin attorney general’s office declined to answer questions about Rue’s work for the state. Rue did not reply to questions about his research, biography, and credentials. Thorp declined to comment, saying the judge in the Wisconsin case had asked the expert witnesses not to speak with reporters. Anderson, Merrill, and Linn did not respond to requests for comment.

Consulting is not a new line of work for Rue. In 2006, he was a consultant for Kansas Attorney General Phill Kline. Kline had argued that a 1982 Kansas law requiring health care providers to report potential child abuse should apply to consensual sex between minors—in other words, that doctors should be required to tell police anytime a patient under 16 was having sex. The Center for Reproductive Rights challenged his opinion in court. At trial, Allan Josephson, a child psychiatrist Rue recruited, testified that at first he thought this was too intrusive. “Then after I got more information from Dr. Rue, I thought, ‘Yes, this is an answer to a high-risk behavior,'” Josephson told the court, according to the Wichita Eagle. Kansas paid Rue at least $152,701. The state lost the case.

More recently, Rue co-authored a 2009 study, published in the Journal of Psychiatric Research, purporting to show that abortions caused mental health problems. The lead author later admitted that the study included women who suffered from mental illness before having an abortion. The journal’s editor in chief later co-authored a piece calling the study’s methodology “flawed.”

According to Anderson, Rue helped coordinate witnesses to defend Alaska’s 2010 parental notification law. A spokesman for the Alaska attorney general’s office says Alaska never hired Rue as a consultant, but that a group of outside advocates who intervened in the case retained Rue.

Rue’s history didn’t seem to be a liability in the Alaska case, which the state won. But in recent cases, lawyers for Planned Parenthood have highlighted Rue’s past when cross-examining his witnesses. Often, the witnesses seem to be caught unaware. In Wisconsin, Linn said he wasn’t aware that courts have found Rue’s credibility lacking. A few days earlier, in Alabama, Anderson testified that he didn’t know courts had disregarded Rue’s testimony.

“You say you don’t know his employment or any organizations that he belongs to,” the judge asked Anderson. “Why do you trust him?”