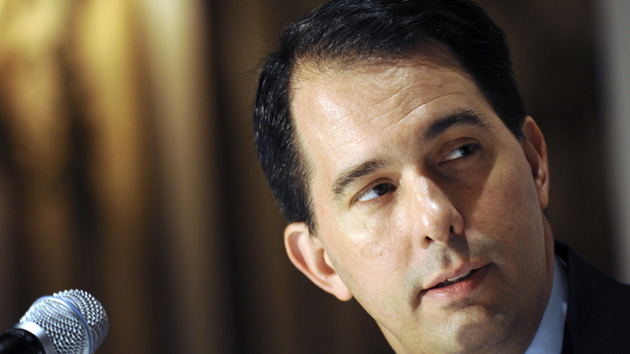 On Thursday, a federal judge unsealed a batch of documents shedding light on a secret investigation that has dogged Wisconsin Gov. Scott Walker and some of his conservative allies since the summer of 2012.

Prosecutors are probing whether Walker and two of his aides illegally coordinated with outside groups—including the Koch-backed Americans for Prosperity—to fend off a wave of recall elections in 2011 and 2012. This kind of probe, conducted in secret, is known in Wisconsin as a “John Doe.” It is spearheaded by Francis Schmitz, a former federal prosecutor who was on George W. Bush’s shortlist to be US attorney in Wisconsin’s Eastern District. The investigation was initiated by the Milwaukee County district attorney’s office, which is led by Democrats.

Here are four key takeaways from the newly released documents:

The documents describe a web of 12 nonprofit groups that closely coordinated their fundraising and spending. Prosecutors say Walker, Johnson, and Jordahl presided over this web of groups. The documents quote a May 2011 email sent by Walker to GOP operative Karl Rove about the coordination plans: “Bottom-line: RJ [Johnson] helps keep in place a team that is wildly successful in Wisconsin. We are running 9 recall elections and it will be like 9 congressional markets in every market in the state (and Twin Cities).”

In a statement, Walker said: “The accusation of any wrongdoing written in the complaint by the office of a partisan Democrat district attorney by me or by my campaign is categorically false. This is nothing more than a partisan investigation with no basis in state law.”

The documents show that the Wisconsin Club for Growth acted as a conduit for funneling dark money to pro-Walker and pro-GOP groups. It also ran its own ads defending Walker and his policy agenda, which included a controversial budget-repair bill that limited bargaining rights for public-sector workers.

The documents cite a comment by the national Club for Growth’s then-director, David Keating, who said he had “legal concerns” about Wisconsin Club for Growth ads that featured Walker.

The documents reveal, in the clearest detail yet, the extent to which Walker, Wisconsin Republicans, and a slew of dark-money nonprofit groups rallied to fend off those recall efforts. RJ Johnson, a Walker confidant and a central player in the coordination probe, used the Wisconsin Club for Growth to coordinate with the Koch-backed Americans for Prosperity, the national Club for Growth, the Republican Party of Wisconsin, the Republican State Leadership Committee, and the Republican Governors Association. It was a murder’s row of conservative players who all pitched in to help preserve the GOP majorities in the Wisconsin legislature and to keep Walker, a rising GOP star, in office.

4) All of this information may be for naught

Something to remember amidst the frenzy surrounding the release of the new documents: The John Doe probe into Walker and his allies is almost dead.

The pushback has been led by Eric O’Keefe, a director with Wisconsin Club for Growth who has fought the probe every step of the way, selectively leaking documents to the Wall Street Journal editorial board and suing in court to halt the investigation. And he’s having success: The probe is temporarily on hold while a federal judge studies his lawsuit. O’Keefe say their activities zeroed in on by prosecutors weren’t illegal because the groups in question coordinated on issue-based activities, not expressly political work. He also argues that the John Doe probe violates his First Amendment rights to free speech.

So far, a state judge and a federal judge have sympathized with O’Keefe’s argument, saying that prosecutors have failed to make the case for illegal coordination. The investigation of Walker and his allies is still alive, but its prospects don’t look good.