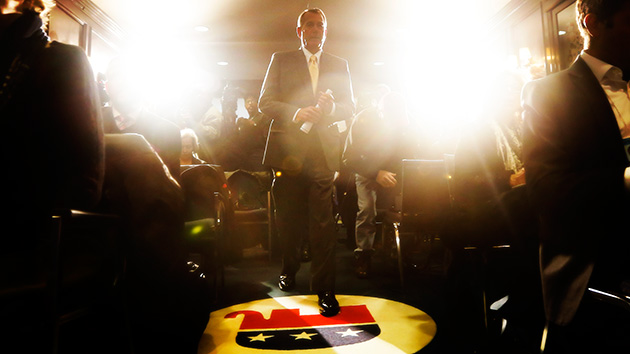 According to the Department of Labor, many big firms that receive hundreds of millions of dollars a year in federal contracts—including Hewlett Packard, AT&T, and Lockheed Martin—have a history of wage theft. Wage theft refers to employer practices such as not paying overtime, paying employees with debit cards that charge usage fees, or requiring workers to arrive to work early to get ready without paying them for that extra time. On Thursday, House liberals introduced an amendment to a defense spending bill that would forbid the government from handing out contracts to companies that jack their employees’ pay. The amendment barely passed, with 25 Republicans voting with Democrats in favor of the measure. But most GOPers—204 of them—voted against the change. (The full list is below.)

The Congressional Progressive Caucus (CPC), a group of about 70 liberal Dems in the House, has introduced the same anti-wage-theft amendment to other spending bills in recent weeks, in the hope that it will make it into the final version of one of those spending bills and be signed by President Barack Obama.

In May, House Republicans voted down the anti-wage-theft amendment when it was attached to a spending bill that funds several government agencies. (Ten GOPers voted in favor.) That led to some bad press for GOPers—perhaps one reason why, when the CPC added the same provision to a defense spending bill Thursday, it passed, with 15 more Republicans crossing over to vote with Democrats.

Obama has cracked down on federal contractors in other ways this year. In February, the president signed an executive order mandating a minimum wage of $10.10 for federal contractor employees. In April, he signed another directive which forbids contractors from retaliating against workers who discuss their pay with each other.