On this day 150 years ago, Abraham Lincoln signed the Yosemite Grant Act to protect Yosemite Valley and Mariposa Grove in California. It was the first time the US had set aside wilderness, in this case roughly the size of Rhode Island, especially for preservation. These days, 4 million people enjoy the park every year to marvel at its famous soaring granite peaks and waterfalls, and enjoy a rare serenity. Here are photos of Yosemite’s epic landscapes, past and present, to celebrate the its sesquicentennial year. Happy Birthday, Yosemite! 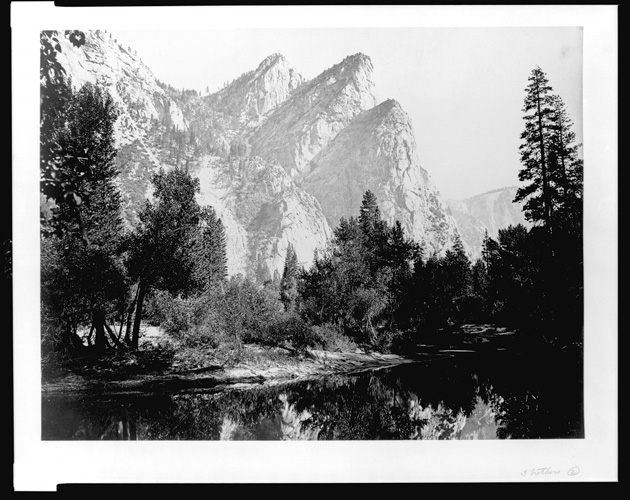 The Three Brothers rise above a mirror-like stream in Yosemite. This photo was taken in the 1860s by Carleton E. Watkins, one of California’s early commercial photographers. He took some of the first photographs of the Yosemite region. ?Carleton E. Watkins/Library of Congress 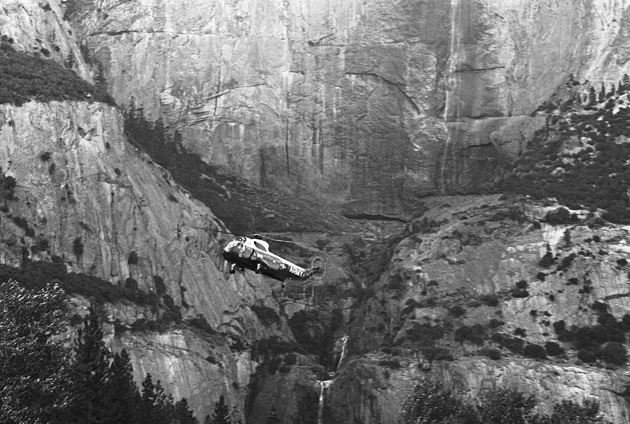 President John F. Kennedy’s helicopter is seen here dwarfed by the epic grandeur of Yosemite Falls in August 1962. Kennedy was in Yosemite for an overnight stay before going to Los Angeles, where he attended ground-breaking ceremonies for the San Luis Dam project. Anonymous/AP Photo 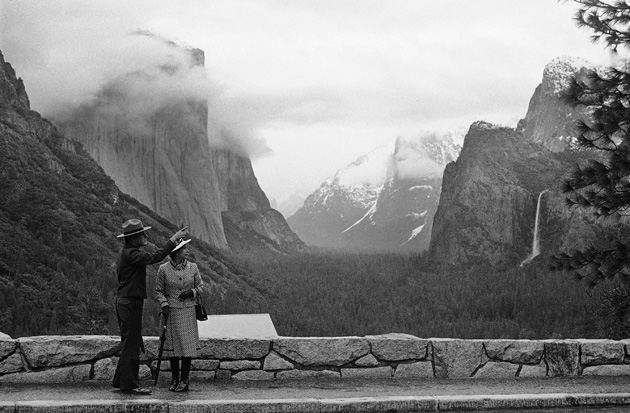 Queen Elizabeth II is shown the sites during her visit to the park in March 1983. Walt Zeboski/AP Photo 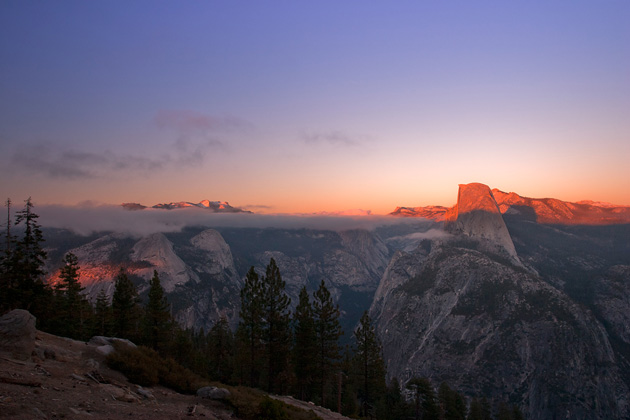 The sun sets across Yosemite in this photo from 2006. Nagaraju Hanchanahal/Flickr 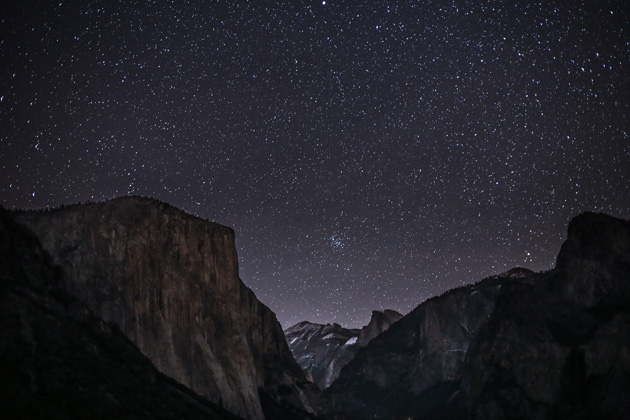 In this photo of the night sky above Yosemite valley, the peaks of El Capitan and Cathedral Rocks can be seen on the the left and right, respectively. Joe Parks/Flickr 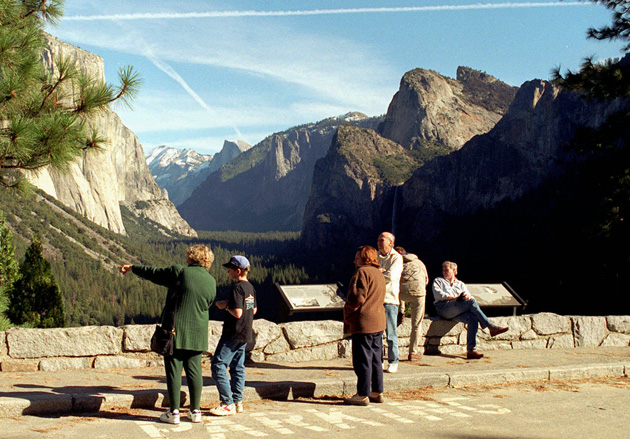 This photo shows the first visitors in three weeks to visit Yosemite Valley, on January 6, 1996, after a budget crisis shut down the federal government, and thus the park. Earlier that day, President Bill Clinton signed Republican-crafted legislation to restore wages to federal government workers while budget negotiations continued, reopening the park to the public. Thor Swift/AP Photo. 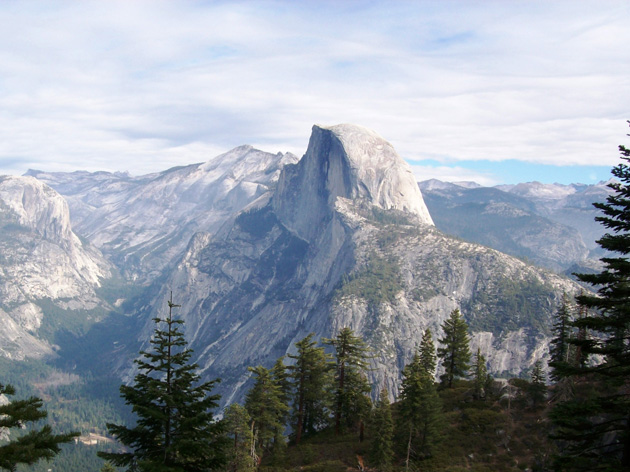 A view of Half Dome Rock from Glacier Point. mlhradio/Flickr 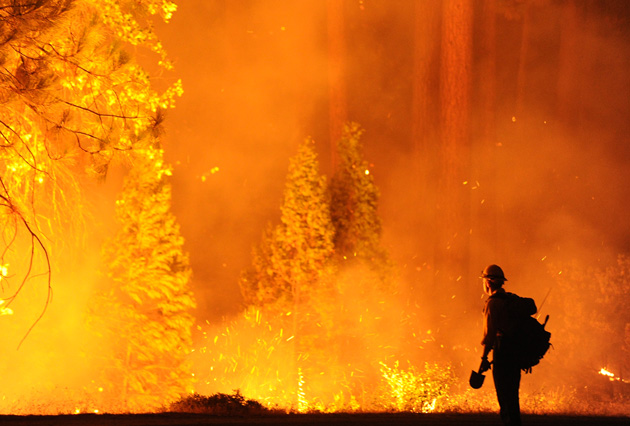 The Rim Fire in 2013 was one of the largest wildfires in recent California history and burned parts of Yosemite National Park. The steep, remote topography of western Yosemite made it especially difficult for firefighters to get the blaze. Elias Funez/Modesto Bee/ZUMA 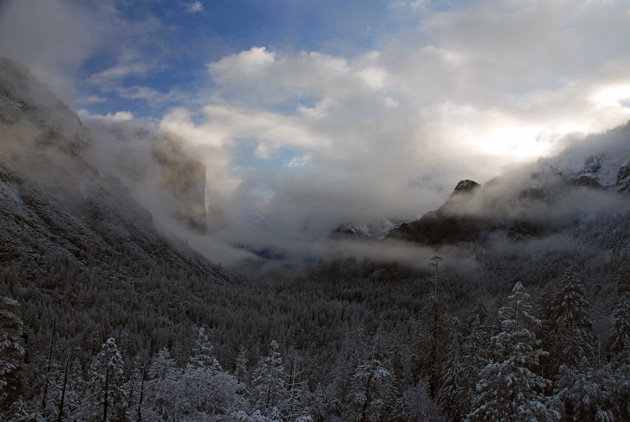 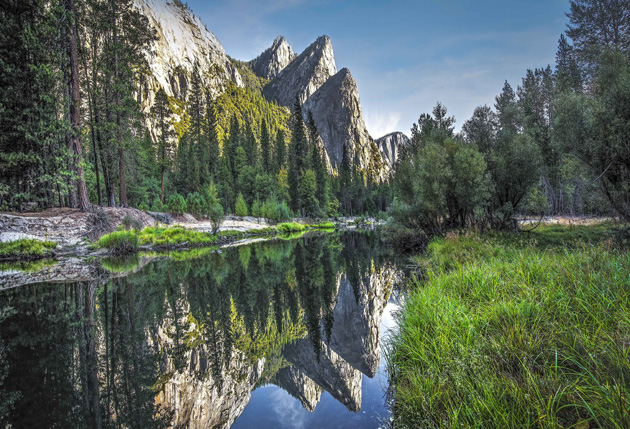