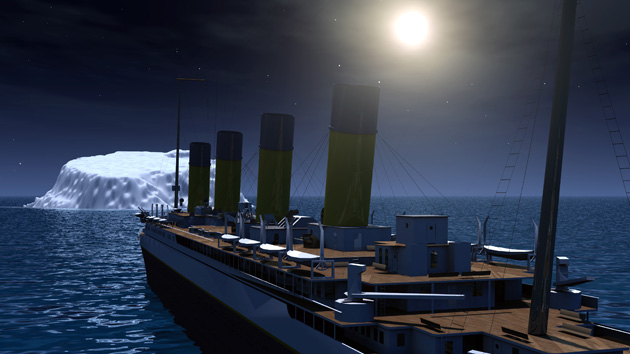 "Is there consensus among the crew?"

Pretty much as a rule, the comments section below any post on climate change will contain all the same dreary back-and-forth about how the world hasn’t actually warmed in 15 years, or some thing; how fat cat Al Gore is profiting off global warming; and all those petty attacks over intellect/punctuation/spelling. That was certainly true for my recent post about Australia’s climate politics, and the ongoing craziness Downunder that has resulted in more than a little political bloodletting in recent years. And then, reading down through the comments, just when I was giving up hope…a sudden bolt, as if the clouds parted and a little (uncharacteristic) humor was allowed to shine down upon all the silliness. Thank you “ThatDudeOnABike”, for neatly summarizing some of the ridiculousness with this 30-second double-hander. A micro-Tony Award for you!

“Captain, there’s a large iceberg ahead that will cause us to sink.”
“No there isn’t”
“Yes, captain, it’s right there.”
“Ice berg schmice berg. Oh, that berg. Right. It’s not our fault.”
“Regardless, sir, It will still sink us.”
“No it won’t”
“99% chance.”
“So you don’t know. Is there consensus among the crew?”
“We don’t really have time…”
“If we stop the ship it will cost jobs and the economy will tank.”
“We don’t have to stop, just change course if we do it right away, before it’s too late.”
“You liberal elites just want to scare us.”
“I’m not liberal, I just looked off the starboard bow and there it was.”
“So it just appeared? You made it up. Why do you hate America?”
CRASH!

And a reminder, we do love your comments. In fact, we once tracked down our biggest troll… and kind of liked him. You could be next: