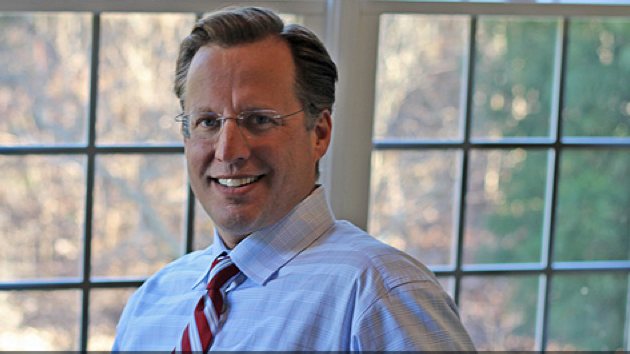 David Brat, the libertarian professor who rocked US politics when he beat House Majority Leader Eric Cantor (R-Va.) in Tuesday’s GOP primary, regularly touts his experience as an economist to bolster his political credentials. He notes on his campaign website that his economic expertise has been “recognized by his peers”—but some of Brat’s colleagues in academia are not impressed with his academic résumé. They say that the few journals that have featured his work in the past decade are obscure; one of them is published by a local economics association Brat once headed. Fellow economists also point out that his published research isn’t often cited by other scholars in his field.

Brat, who chairs the economics and business department at Virginia’s Randolph-Macon College, published his most prestigious papers in 1995 and 1996, each of these two cowritten with his Ph.D. adviser at American University. These two papers appear in Google Scholar and are cited by other academics. Since then, Brat “has published in places of little consequence to the profession,” says Dr. Nicolaus Tideman, an economics professor at Virginia Tech. Tideman notes that by his count Brat has only published three works that have been cited by another academic since he coauthored the papers with his adviser. “One could say this lack of citations reflects a career that is not impressive,” Tideman says.

A spokesperson for Randolph-Macon directed questions relating to Brat’s academic career to his campaign, which did not respond to a request for comment.

The main periodical that pops up repeatedly on Brat’s résumé is the Virginia Economic Journal. According to his website, he published at least seven papers there between 1998 and 2009. The journal comes out annually and is published by the Virginia Association of Economists, whose board members hail from a number of colleges across Virginia. Brat was president of this group from 2005 to 2006. According to one Virginia professor, the journal is a good place for graduate students to submit work for practice, but it is not considered a significant outlet for professional academics. C. Barry Pfitzner, an economics professor at Randolph-Macon and the point of contact for the journal, tells Mother Jones that the acceptance rate is about 50 percent, and all papers are reviewed by a minimum of two readers. “While it is clearly not a top-tier journal, we think it is a respectable regional publication,” he says.

“It’s a bit unusual on an academic CV that a person publishes over and over in one or two fairly obscure places,” says American University economics professor Robert Blecker.

Brat has published several articles as part of the Southeast INFORMS conference, which is organized by the Institute for Operations Research and the Management Sciences, a society for professionals in the field of operations research and analytics. This group peer reviews papers and publishes them online. Referring to a Brat paper on Ayn Rand published online by INFORMS, Barry List, a spokesman for the group, observed, “It’s more like a thought piece than a fully-fledged academic paper.” Brat’s other papers in the journal are similar in that regard; they are not research-oriented works, but essays on topics including the mortgage crisis and education policy.

On his CV, Brat notes that he presented papers at the Association of Private Enterprise Education Annual Conference in 2009 and 2012. A spokesman for that event says the conference features approximately 400 papers and “accepts most of those papers which are submitted.”

Brat’s website cites under “research” his authorship of a 2005 book titled, The Philosophy of Economics: A History of Science, Method and Ethics. But there is no public record of the book being formally published; it is not listed in the Library of Congress. The electronic version is a mere 81 pages long.

“It’s a bit unusual on an academic CV that a person publishes over and over in one or two fairly obscure places,” says Robert Blecker, an economics professor at American University who knew Brat when he was a student at American in the 1990s. Blecker notes that Brat, a professor at a small school, might only be expected to publish in a local market. But Jeffrey Beall, a research librarian and associate professor at the University of Colorado in Denver who keeps tabs on academic journals, says, “I’d expect to see more peer-reviewed publications in top journals from a business department head.” Beall adds, “He does seem to get lots of speaking invitations, a positive thing, generally.”

BB&T Bank, whose former president now heads the Cato Institute, seems satisfied with Brat’s work. The bank is funding a program that Brat runs at Randolph-Macon to help promote the ideas of libertarian icon Ayn Rand.