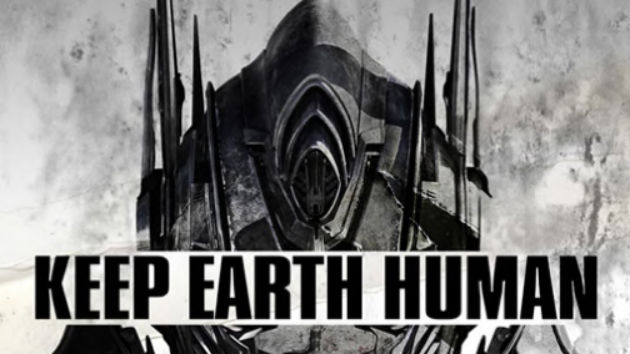 Michael Bay‘s big, loud action movies sometimes have plot elements resembling political messages. The Rock (1996) depicts the blowback from illegal American covert operations overseas. In Armageddon (1998), the NASA-recruited team of deep-core drillers agree to embark on a dangerous mission to save the planet from an asteroid—on the condition that they never have to pay taxes again. In Bad Boys II (2003), the film’s heroes illegally invade (and destroy large chunks of) Cuba, all in the name of fighting the drug war.

But could the 49-year-old director’s latest film, Transformers: Age of Extinction (in theaters June 27), actually be an allegory for the plight of undocumented immigrants in modern-day USA? Well, the film is currently being marketed that way. As flagged by Entertainment Weekly earlier this week, the Paramount Pictures-associated website TransformersAreDangerous.com documents the (obviously purely fictional) rise of anti-Transformer sentiment in America. In the previous Transformers film, some of these alien robots killed a bunch of people and blew up a lot of stuff in Chicago, so the advent of a “KEEP EARTH HUMAN” movement isn’t exactly stunning.

Much of the anti-Transformer/pro-human propaganda certainly resembles what you might expect from anti-immigration hardliners. Here are a couple posters from the website: 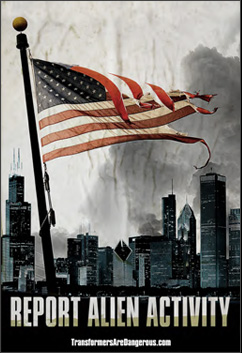 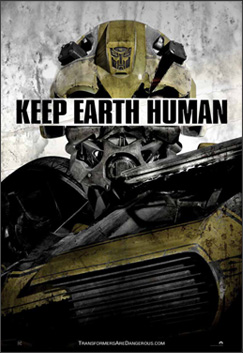 And here’s a fake PSA on the “fall of Chicago”:

So will this dose of mindless, robots-battling-robots summer fun also double as Michael Bay’s impassioned cry for immigration reform? Dunno. We’ll have to wait until the end of June to find out. In the meantime, here’s a trailer for the upcoming Transformers flick: